The Resurgence of Values-Based Branding For Restoring Trust and Credibility

The scary decline of trust in all facets of our society has created a new challenge for brands: how can brands overcome the growing skepticism and lack of credibility caused by this distrust to authentically relate to their customers. These trends have led to a rise of cynicism, where most Americans trust news or feedback more from “people like themselves” (especially pertinent for Hispanic consumers) rather than the government, media or big business and brands. Appealing to these distrustful customers who lack confidence and motivation has become a top priority. The answer will involve a new type of marketing, values-based branding, which will be focused more on identifying, relating to and engaging these customers’ values and ethics.

The Power of Storytelling for Brand Marketing and Communications

Technology has transformed our world into a data obsessive circus where information is unbelievably accessible, connectivity is constant, and unpredictable events always surprise and engulf us. Call this extreme clutter and volatility. With so much information and multi-tasking surrounding us, it has become a challenge to restore simplicity, clarity and focus in our communications. These excessive conditions provide the main impetus for the re-emergence of storytelling for inspiring, engaging and connecting to others.

Positioning the Trump Brand for Victory

What We Can Learn
By Jay Gronlund,
President, The Pathfinder Group

Without doubt, Donald Trump’s election victory was a shock to most people, especially pollsters, the news media and those living in urban centers across the country. In some ways, it was a contest of character between the two most unfavorably perceived presidential candidates in history. However, from a branding perspective, the compelling reasons behind each vote was more about what each candidate stood for. And this is what branding is all about – making promises that resonate with people’s intense emotional desires, to connect with them.

Inequality of pay in business has become a crisis, fueled mainly by the excessive compensation of CEOs, according to a Hudson Institute article by Irwin Stelzer published July 30,2016. In 1965, the average ratio comparing CEO pay to the median worker’s was 20:1. Today CEOs earn more than 300 times, or 300:1. This alarming disparity has stimulated a widespread negative reaction, as the passionate response by Millennials for Bernie Sanders has demonstrated, and is even becoming a clear source of frustration for Hispanics who aspire to get ahead in the U.S. Even more disconcerting is evidence from studies showing that the highest-paid CEOs are often the worst performers. In short, the growing problem of inequality and extreme pay checks for CEOs has undermined the brand trust of many corporations. 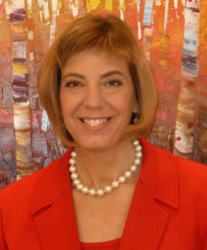 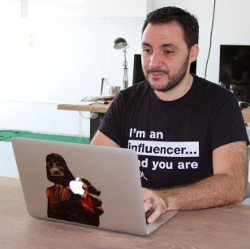 Word of mouth has always been the best way to communicate a message and in the digital world in which we live, social networks provide a vast arena for communication, collaboration and interaction.

In this busy, crowded social media space, think of influencers as mini megaphones that help to amplify your brand’s key messages and online presence. Their endorsements connect your brand to your target market, delivering powerful results at scale.

A recent study (adweek.com/prnewser/study-influencer-marketing-pays-6-50-for-every-dollar-spent/111584 ) revealed that influencer marketing pays $6.50 for every dollar spent. Marketers have taken notice and according to this infographic (theshelf.com/the-blog/2015/3/17/influencer-marketing-is-the-new-king-of-content) by The Shelf, 65 percent of brands now run influencer campaigns.

The influencer marketing space will continue to grow and evolve as marketers perfect their skills and decipher the best practices for campaigns.

Here are five key ingredients to keep in mind for your next influencer marketing campaign.

On May 19, 2016 I went to the “Latinas & Power” symposium in Hartford, CT, at the invitation of the main organizer, Marilyn Alverio. Although this event had been running for 13 years, it was my first time attending.

What a pleasant surprise! Over 500 Latina of all ages attended, and the enthusiasm was ubiquitous and profound. There were two main goals: to educate Latinas on the skills to become more proactive politically and in business and careers, and secondly to motivate and inspire, giving them the confidence that they can indeed accomplish more in life.

The concept of brand equity (i.e. the perceived value of a brand) firmly arrived in the 1980’s when consumer goods companies reacted to a surge of cut throat discounting with a new search for a more sustainable way to boost sales and profits. The answer was to pour money into well-crafted brands, increase pricing, and highlight distinctive product features, all designed to create a more compelling brand image that would lead to greater loyalty. As David Aaker wrote in his book in 1991, “Managing Brand Equity”, aggressive marketing is needed to generate awareness, create a positive perception of relevant brand qualities, and grow loyalty, the three pillars of brand equity.

Why Brand Authenticity Is Most Important for Hispanic Millennials

Before the internet, marketers had a relatively free reign for making questionable competitive claims, creating a brand image of superiority and hence demanding a premium price. But the internet has changed the ground rules. Instant access to endless information and objective feedback from friends has enabled consumers to seek and find the truth behind such promises. This has also led to an atmosphere of extensive mistrust of companies, CEO’s and even many established brands, especially among Hispanic Millennials. Today consumers want authenticity.

We are living in an age of growing skepticism and ebbing loyalty for many established brands. A recent poll by Havas, a reputable marketing agency, showed that consumers in America trust only about one fifth of all brands (least trusted – snacks and household gadgets). A report from the research firm, Mintel, indicated that about half of American shoppers trust smaller companies to do the right thing, compared to only 36% for large ones. The impact of these changing attitudes is already being felt by major brands. Catalina, a big marketing consulting firm, reported that 90 of the top 100 consumer packaged goods brands lost market share in the first half of 2015.

How Hispanic Millennials Are Driving the Bernie Sanders Brand

The surge behind this exploding Bernie phenomenon is fascinating for many reasons. It is certainly an indication of how divergent our society and politics have become, and this could even intensify in the future. It also shows the political potential of finding and concentrating on the most pronounced issues that frustrate younger people from all ethnic backgrounds, especially Hispanics. Interestingly, from a branding perspective, there are some revealing lessons from this unexpected success of the Bernie Sanders brand.