English as a Competitive Advantage 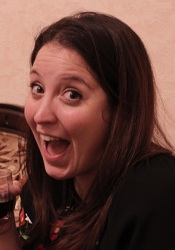 Are English language learners and non-native speakers at a disadvantage in the U.S. workforce? As the rest of the world begins to rely on English as the primary language of business, and more people are learning English more proficiently, the answer to this question may be, “yes.”

According to a recent study by Grammarly, a leading writing enhancement app, the accuracy of a person’s spelling and grammar may help to predict his career success. One way to get ahead on the job – and in the job search – is to improve your written communication. But to do this, we have to take a closer look at the current state of our educational system.

High school students who take the SAT exam represent the cream of the crop in U.S. academia – those who are college-bound or have aspirations for education beyond high school. A record number of students, 1.66 million, from the class of 2012 took the exam. Yet only 43 percent of them graduated from high school with the level of academic preparedness associated with a high likelihood of college success.

This lack of preparedness by the majority of high school students is reflected in the SAT writing scores. According to the College Board, which administers the SAT examinations, the average writing score for the class of 2012 was its lowest since writing was added to the exam in 2006.

Writing skills are not usually measured for elementary and middle school students as standardized tests focus on reading and mathematics abilities. However, reading skills are a good indicator of writing ability, and tend to go hand-in-hand. By that measure, U.S. students have a lot of catching up to do. According to the National Center for Education Statistics, only 34 percent of fourth grade students are performing at proficient levels, and the percentages are similar when measured for 8th and 12th graders.

At the same time, the U.S. student population is becoming more diverse than ever. Among SAT takers in the class of 2012, 45 percent were minority students, making this the most diverse class of SAT takers ever.

In addition, according to the U.S. Census Bureau, the majority of children born in the U.S. in 2012 were from minority groups. Hispanics, blacks, Asians, and other minorities in 2011 accounted for 50.4 percent of births, 49.7 percent of all children under age five, and slightly more than half of the 4 million kids under age one. Many of these minority students come from low-income families and there is a direct correlation between higher income levels and superior education performance. Children from low-income families usually do not have a family tradition of college attendance and their parents, in general, do not place a high emphasis on education. Many minority students who take the SAT are first-generation college bound.

Since American school districts are financed through property taxes, the high-income areas have more resources channeled in their direction and attract the most qualified teachers. By depending on this method of financing school systems, America’s political leaders have accepted the outcome: Only about 30 percent of the American student population receives high-level instruction. The remaining 70 percent perform at levels below or close to a minimum standard.

Improving Writing Skills Outside of the Classroom

It is clear that the future of American education, and English writing skills, lies in the nation’s commitment to educate all of its students – not just the 30 percent from the wealthiest communities.

Here are some of the best apps helping English language learners to improve their writing skills outside of the classroom:

English is a global language, so it is in the competitive interests of people all around the world to master English skills. Because many American students speak English in school, we have a built-in advantage when it comes to communicating in the global economy. But this advantage requires that our leaders in the political and education arenas get serious about raising the level of teaching and learning in America’s public schools.