The Path to a Successful Hispanic PR Campaign 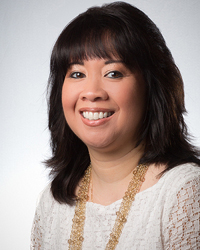 It’s no secret that the U.S. Hispanic community has become one of the most powerful marketing segments in the country, both in terms of population size and purchasing power. According to the U.S. Census Bureau, the country’s Hispanic population grew to 53 million as of July 1, 2012, making people of Hispanic origin the nation’s largest ethnic or racial minority. As of 2060, the Census Bureau is projecting that the U.S. Hispanic population will rise to 128.8 million, constituting 31 percent of the nation’s population by that date. Marketing research also indicates that Hispanic purchasing power currently stands at $1 trillion with continued growth in the years ahead.

As a multicultural public relations specialist, I often encounter many companies and non-profits that are interested in targeting Hispanics as part of their PR campaigns. However, a very common misconception is that all one needs to do is translate information into Spanish. The one thing I always tell clients and prospects is that an effective Hispanic PR campaign involves much more than just translation.

Here are a few key considerations and steps that will help create the path for a successful Hispanic PR campaign:

1. Determine your target audience: Are you targeting a younger or older demographic? With the emergence of new media outlets aimed at younger, English-language dominant Hispanics (e.g. Univision’s Fusion Network) and the myriad of online and social media channels being used by Hispanic teens and young adults, this creates great opportunities to target this segment of the population via English or bilingual campaigns. For older populations or Spanish-dominant Hispanics, providing information in Spanish remains important.

Also, are you looking to reach specific Hispanic ethnic groups (e.g. Mexican, Cuban, Puerto Rican) or target certain areas of the country? The answer to these types of questions will help determine the strategies that will work best for your specific audience.

2. Language is key, but so is culture: Hispanic media outlets are typically under served when it comes to Spanish-language PR and PSA (Public Service Announcement) information. However, they can easily tell when information has simply been “translated” versus created specifically for Hispanics.

This is particularly true when it comes to public service announcements, online content and paid advertising. Campaigns that feature Hispanic talent and those that incorporate culturally-oriented themes will have a far better chance of resonating with Hispanic audiences. Additionally, if your campaign spokesperson is not a native Spanish speaker, it’s important that he or she can communicate effectively so that Hispanic media interviews will flow smoothly and Spanish-speaking audiences can grasp key message points.

3. Are you prepared for Hispanic callers or website visitors? Having back-end information available in Spanish can help ensure your PR campaign will generate the customers or donors you are looking for. If your website does not feature information in Spanish, a separate site is not always necessary. Many companies and non-profits have incorporated sections called “En Español” on their homepages featuring backgrounders, mission statements and other key information. If your 800 number is not equipped with Spanish-speaking staffers, consider partnering with a specialized call center that can handle inquiries effectively and professionally.

4. Think beyond traditional: In years past, a Hispanic PR campaign typically consisted of spokesperson interviews, media tours or b-roll packages for Spanish-language news media. While these tactics can still generate good coverage, marketers and non-profits are now branching out towards Hispanic-oriented public service announcements, multimedia news releases, Spanish-language online campaigns, blogger relations and social media promotions. These tactics can prove to be highly effective tools for reaching Hispanic audiences while offering longer-term coverage and a very strong return on investment.

5. You are not alone: If you are ready to embark on these steps but don’t have the proper internal staff or resources for executing a Hispanic campaign, it’s best if you don’t try to take this on alone. Working with experienced multicultural professionals who can offer the right advice and help you navigate through the nuances of a Hispanic campaign can save a lot of time and work (and ultimately yield far better results). For example, campaign materials are best translated by professionals rather than by a staff member who may know some Spanish. Pitching Hispanic media outlets should be done by bilingual publicists who have the expertise for engaging with different types of Spanish-language outlets.

Hispanic consumers are not only growing in numbers, but they are also becoming increasingly savvy when it comes to selecting the products and causes they will stand behind. This underscores the importance of making sure marketers understand how to best reach the different segments of this population. Once they are effectively engaged, Hispanics tend to be passionate and loyal. These characteristics are among the hallmarks of the Hispanic culture, making it well worth the effort to take the path towards a successful Hispanic PR campaign.