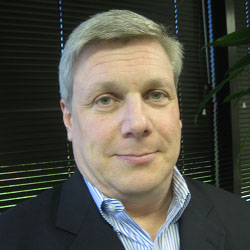 That same relevance must extend to using the most appropriate methods and channels – critical to appealing to Hispanic prospects on both an emotional and rational level. Print media resonates with Hispanics, with statistics illustrating higher than average direct mail response rates.1 Precisely targeted front door marketing has a distinct advantage in this battle, reaching a valuable audience segment with pinpoint targeting, culturally relevant creative and high-value offers.

Cultural Relevance at the Front Door

By applying the very same high tech tools and strategies as well-established direct response tactics, marketers are engaging Hispanic and other customers with coupons and discounts that are hand delivered to their front doors. Not to be confused with flyers and business cards littering doorsteps across the country, front door marketing has been elevated to a science and a viable subcategory of the direct marketing discipline. This decidedly updated and strategic approach bypasses a crowded field of messages and motivates consumers to redeem the offer.

Further, front door marketing enables the “brand within a brand” approach often used by major brands with focused Hispanic marketing programs. Brands such as McDonalds, Kohl’s, AT&T and Verizon are engaging this valuable and growing audience segment and meeting the challenge of ‘getting the right message to the right consumer.’

Front door marketing messages can be geared and delivered to specific block-level groups based on a variety of factors. For example, messaging targeted to a predominantly Mexican immigrant neighborhood in Southern California where the acculturation level may be low should be different than that delivered to second and third generation Hispanics of Cuban descent living in Miami. This special treatment with offers meant for specific sub-groups of Hispanic prospects can in turn fuel increased ROI of a brand’s multichannel – and multicultural – strategy.

Hispanics are increasing both wealth and spending2, but in today’s economy even if you have money, saving it is the name of the game. Like much of the U.S. population, the Hispanic consumer has jumped on the coupon bandwagon. According to a 2009 SMRB study, six out of 10 Hispanic households used coupons; nearly four out of 10 Hispanic consumers used coupons inserted in newspapers (FSIs) and 3 out of 10 used coupons received by mail.3 Add to that the fact that 74 percent of Hispanics who prefer Spanish language advertising say they use coupons and would use them more frequently if they received more of them.4

The growing popularity of coupons among Hispanics represents a huge front door marketing opportunity for manufacturers and retailers. By developing culture-relevant promotional programs – with a tailored, well-branded and pertinent coupon/offer delivered to the front door – marketers can engage Hispanic consumers to take action immediately.

Marketing that Hits the Mark

Hispanic buying power is critical to brand success. National brands in a variety of industries are successfully executing technology-based, highly targeted front door marketing campaigns, reaching their most valuable Hispanic customers by delivering high value to the right door. This underutilized channel can provide a direct route to increased response as part of a marketer’s overall strategy. Elegant execution of campaigns through the front door presents the unique opportunity to deliver VIP treatment and reinforce brand relationships. By considering Hispanic programs as a “brand within a brand,” marketers can effectively use the front door to extend personal treatment, achieving success with appropriate cultural flair that resonates with this audience.

With more than 20 years in the advertising and marketing industry, Gilbert has developed campaigns for such brands as Frito-Lay, Wrigley’s, Taco Bell, American Express, Quaker Oats Company, and Coca-Cola.  He now oversees all marketing responsibilities for PowerDirect, a company that has essentially reinvented front door marketing as a viable, strategic direct response channel for Fortune 500 brands.

1. According to Source: Vertis Customer Focus Opiniones 2007, 64% of Hispanic adult consumers responded to direct mail in the last 30 days versus only 46% of the total U.S. adult population. Also Hispanics who speak primarily Spanish at home are even more likely to respond to direct mail in the past 30 days, at 70%.
2. While Hispanics are gaining affluence – over 72 percent of Hispanic households earn more than $25,000 per year and 40% earn more than $50,000 (1) – they are opening their wallets and spending. In fact, Hispanics drove 56% of real growth in a stagnant U.S. consumer economy between 2005 and 2008 (2). They comprise 11.6 percent of U.S. households but contributed a whopping 47 percent of the increase in consumer spending (3). The high concentration of Latinos in California, Texas, Florida, New York and Illinois account for more than 25 percent of the country’s total buying power.