With video – Building a Brand and Breaking a Stereotype 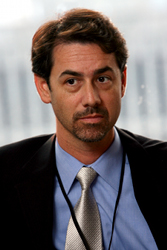 Building a brand is never an easy challenge, but doing so in the context of an industry that already has a negative image, can be nothing short of daunting. Add to this, an extremely popular television program that supports the negative stereotype and even worse, a long history of Hollywood romanticizing and perpetuating the negative stereotype of your industry and you can begin to see the complexity and magnitude of the challenge that our team at AIA, the nation’s largest underwriter of bail bonds, was faced with only 7 short months ago when we launched ExpertBail. Scroll down to watch a video of a  company ad.

The bail bond industry is a very interesting one. Not only has it been misrepresented by the media, but it is also extremely misunderstood by the average person on the street. This is probably due to the fact that most people don’t ever expect or plan on needing a bail bond. So when they do need one, the experience is preceded with fear and uncertainty. We felt it was time to eliminate those negative feelings and replace them with new ones of trust, hope and confidence. 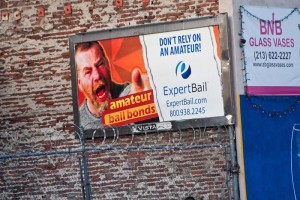 Now, as a marketer you can approach this challenge in several ways, you can be extremely direct and address it point by point and make your argument against it or you can ignore it and hope it just goes away. We decided to do something a little different. Instead of just attacking the negative comments in a defensive and reactive way, we took more of a “truth” approach. We decided to challenge the misperception by simply telling the real stories of our agents. No Hollywood scripts or actors. Real Bail Agents doing what they do everyday…and what most people don’t realize is that a bail agent’s job is not about letting criminals out of jail, it is helping put families back together and protecting the public. And that was the overarching goal of ExpertBail, challenge the stereotype by showing the reality, change the negative by focusing on the positive, and fill the lack of knowledge through education and information.

So from the television commercial that includes real ExpertBail Agents telling real stories, to a special section of the website that contains stories about agents making a difference in their communities to a comprehensive search site that informs consumers about the bail process and provides them with a simple trusted way to find a bail agent, everything ExpertBail does is directed towards changing the perception of bail.

This approach has been extremely effective thanks to the multitude of “storytelling” channels that are available out there. From Public Relations to social media, we have been able to reach out and engage consumers about the bail industry. We provide video content explaining key bail terms and processes, we introduce real agent profiles and tell their stories, we conduct surveys to gauge perceptions and shifts in those perceptions, and much more. Social media has allowed us to not only tell our story but have a conversation about it. We see and hear what consumers think and can instantly respond. When a bail bond brand has close to 5000 fans on Facebook, you know that something must be working. 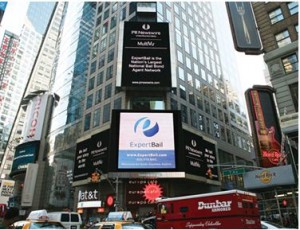 While the tone of much of our communications is serious, we still felt there was an opportunity to have fun and create an alternative-campaign to track along with our “storytelling” campaign. So we took the approach of jumping on the misperception bandwagon and highlighting these negatives in a creative and amusing way. We created AmateurBail. This motley group of characters DOES fit every stereotype and misperception of our industry. Each character fits a particular element of the stereotype, and does so in an exaggerated way. In that way we are communicating the idea that if you have to trust someone at a time when you really need to, than why would you go to a bail agent whom wasn’t endorsed by the nation’s only bail brand, ExpertBail. Or as we say in our big pay off tagline, “Why rely on an Amateur when you can trust an Expert.”
Just as with ExpertBail, the AmateurBail campaign is being presented with both online (Facebook, YouTube, etc.) and offline tactics (outdoor billboards, bar coasters, etc.).