Senior issues not always what we think, for Latinos in particular 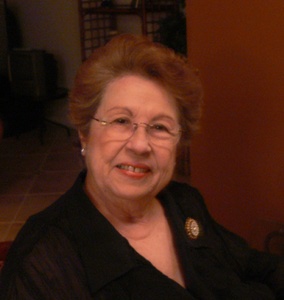 I say that old is how and what we feel. If we think we are not old, then we should live the age we think and feel we are without giving a thought to what other people might think or say. “Getting old isn’t nearly as bad as people think it will be. Nor is it quite as good,” according to the Expectations versus Reality report by Pew Research Center.

What does that mean? Getting older is part of life but it is not the same for all, it depends on past life circumstances that could determine the path of lessons to apply and survive, especially during the current economic crisis that easily flows into an emotional one.

For older Hispanics this stage of life may be very pleasant but also might not! It brings a question to mind, being an elder myself, on what is old. Who set up the stage and limit of when old starts, on the myriad of myths, on actions implied as standard behavior and many other stereotyped ways of living, plus some jokes that are not funny at all?

Old age consists of “ages nearing or surpassing the average life span of human beings and thus, the end of the human life cycle,” the dictionary states. And, middle age is considered as “the latter years of a person’s life out to its full term. Period between youth and later life: the period when that person is no longer considered young, usually between 40 and 60.”

As our life expectancy has stretched out, the definition of old has changed. So have life styles and cycles, especially among immigrants who bring their parents and grandparents along with their own culture and rich folklore. Today, there are very attractive young grandparents below 40 years of age. Marketing efforts need to be revised, depending on the products offered, to take this into account. What a grandparent of over 60 is interested in may differ from those between the 40-50 gap for example.

The Hispanic who has lived in the United States for decades and turned pages of life history towards a new age stage does not have the same needs as the one who arrived recently or a few years ago. There is a process of survival for this new Hispanic elder. He or she needs to adapt and may have to overcome feelings of loneliness, isolation and depression. More so than the one who got used to trends and lifestyles by assimilation for several reasons – among many – such as habitat, language which can be a barrier for social isolation; and rejection that may lead to loneliness and solitude leading to depression. And friends and family may miss the signs of depression depending on how much attention they are paying to their elders and the intensity of the condition.

These issues affect the country in the long term. As a market segment seniors, and Baby Boomers in particular, have been the target of many marketers in the past few years. If part of the desirable market disappears due to mental health issues like depression many businesses will be affected. How or what can we do to alleviate this kind of behavior among our elders, especially in these moments of national crisis and with the Hispanic population doubling in a couple of decades? To act now is to have solutions before critical situations arise later.