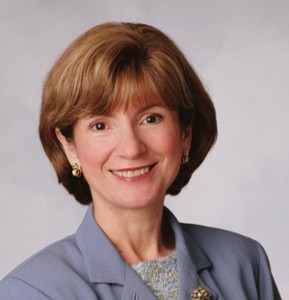 In last month’s State of the Union address, President Obama gave a powerful and resonant speech, issuing a ringing call for fairness, fair play and equal opportunity in our workplaces and our health care system.

President Obama was right.  At this time when millions of people in this country are struggling, Congress must stop the political battles and instead advance the fair pay, job creation and other critical initiatives President Obama discussed — because they are the initiatives America needs.

As we work to create more jobs, we must ensure that new jobs pay fair wages and provide basic family friendly supports like paid sick days and paid family and medical leave.  Right now, too many workers can lose pay or be fired just for taking time off to recover from illness or care for a sick child. Latino workers confront this reality at disproportionate rates: nearly 12 million Latino workers – almost 60 percent of the Latino workforce — don’t have a single paid sick day to use to recover from common illnesses.  Many more lack paid sick days to care for a sick child, forcing them to make the terrible choice between leaving a sick child alone or sending him or her to school, or losing a paycheck or possibly even a job. A paid sick days standard would help to alleviate these choices for millions of families.

As President Obama said, promoting fairness in the workplace is also critically important.

The gender-based wage gap continues to punish the nation’s women and families. Families rely on women’s wages: Almost six in ten women are primary- or co-breadwinners. But right now, women working full time, year-round are paid only 77 cents for every dollar paid to men.  In fact, working women in the United States are paid, on average, more than $10,000 less per year than men. That’s the equivalent of 88 weeks of groceries or 13 months of rent!

And while women of every race and ethnicity are underpaid relative to white men, the wage gap for women of color is even worse: Black women earn only 62 cents to the dollar paid to non-Hispanic white male, on average — and Latinas earned just 53 cents.  That’s shocking and unacceptable.  To make matters worse, the gender wage gap has been closing at a rate of less than half a cent per year since 1963 – which means that at this rate, without stronger measures to promote fair pay, the wage gap would not close completely until 2056.

We can and we must do better. In addition to promoting new jobs, Congress should support the Paycheck Fairness Act, which would update and strengthen the Equal Pay Act by closing loopholes and improving the law’s effectiveness, make it harder for employers to hide pay discrimination, reward employers that have good pay practices, and help train women and girls about salary negotiation.

But all these initiatives and laws won’t be enough unless there are judges in place to protect our rights and hold employers accountable if they violate anti-discrimination laws. Federal judges – nominated by the President and confirmed by the U.S. Senate – determine whether companies will be penalized for failing to stop discrimination or sexual harassment, or whether workers qualify for time off under the Family and Medical Leave Act. With an unprecedented number of unfilled seats on the federal bench, President Obama’s call for an end to the gridlock on judicial nominations in the Senate was right on target.

The President’s State of the Union speech should be a call to action for Congress to focus on advancing the agenda the nation needs: jobs that are fair and family friendly, a health insurance system that doesn’t overcharge women or abandon patients when they need coverage the most, and a federal bench without an appalling number of vacancies and with judges and justices committed to protecting the rights of the most vulnerable among us.

The President said that as we rebuild our economy, we must ensure fair play.  Fair play isn’t possible without fair pay, and it won’t happen unless we give everyone the opportunity for good jobs, pay and promotions, and unless we enact policies that let all workers manage the dual demands of work and family.  It’s time.

Debra L. Ness is the President of the National Partnership for Women & Families. Drawing on an extensive background in health and public policy, Ness possesses a unique understanding of the issues that face women and families at home, in the workplace, and in the health care arena. Throughout her career, Ness has fought for social justice and equality for women, people of color, workers, seniors, immigrants, people living in poverty, and all those who too often are ignored or left behind.