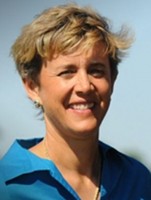 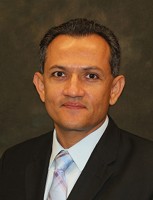 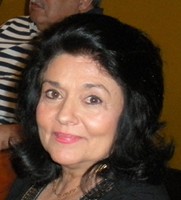 Hispanic owned businesses have increased rapidly, and there are now more than two million in our nation (U.S. Bureau of Census, 2010). One reason for this is that entrepreneurship provides a springboard for economic advancement and social integration of minorities (Wang & Li, 2007). Also, Hispanic businesses are important contributors to our economy, and have a number of key strengths (Starr, 2012). For instance, many Hispanics have connections to Latin American markets, and meet the needs of the growing Spanish-speaking customer base (Starr, 2012). In addition, Hispanics are adaptable, resilient, and have revitalized the economy of inner cities (Dana & Morris, 2007).

Despite these strengths, Hispanics, not unlike other entrepreneurs, face many challenges. This article reviews existing research on the challenges faced by Hispanic entrepreneurs, and offers some evidence-based guidelines for enhancing their success.

Challenge 1. Research revealed that Hispanic entrepreneurs may not recognize novel or future oriented business opportunities. In particular, research showed that they focus primarily on short-term, practical issues that meet current needs of customers (Lofstrom & Wang, 2007). Consequently, they start businesses in traditional (e.g., retail, construction) rather than in novel areas (e.g., technology, telecommunications). The latter types of business are often more profitable than the former.

One reason for their limited opportunity recognition is that Hispanics often seek advice from family members, and members of ethnic enclaves rather from than professionals (Stone, Johnson, Canedo-Soto, Lukaszewski, & Montoya, 2011). Interestingly, the reliance on family and those in ethnic enclaves creates both benefits and challenges in opportunity recognition. For instance, Hispanic enclaves create sub-economies that are sources of customers, employees, suppliers, and support (Dana & Morris, 2007).

However, Hispanic enclaves may also develop norms to start new ventures in traditional areas that may not be as lucrative as innovative ventures (Dana & Morris, 2007).

Another factor that impacts opportunity recognition is that some Hispanics may have lower levels of education than other entrepreneurs. As a result, they have less access to information about market needs, trends, and new technology. Given that many Hispanics live in ethnic enclaves, they may not have information about the needs of non-Hispanic customers, and have narrow social networks. Consequently, their ability to identify new opportunities may be restricted by their education and living arrangements.

There are a number of strategies to deal with this challenge. First, Hispanics can enroll in education and training programs to broaden their knowledge, and increase their access to information about markets, future technologies, and needs of non-Hispanic customers. Second, they might seek mentors to expand their knowledge of these issues, and provide feedback about their ideas. Third, they might partner with others who have different life experiences, educational levels, and knowledge of markets.

Challenge 2. Research revealed that Hispanic entrepreneurs often have less access to financial capital, and are more likely to be denied start-up loans than others (Bates & Bradford, 2007; Coleman, 2004). This serves as a barrier to the size and scope of new ventures, and often contributes to failure rates (Bates, Bradford, & Rubin, 2006).

One reason for this is that many investors predict that the return on investment for Hispanics will be lower than for others, and most loans for new ventures are concentrated on high technology rather than traditional businesses (Bates & Bradford, 2007). Not surprisingly, limited education also restricts Hispanics’ ability to obtain loans, borrow funds, and long-term business survival (Coleman, 2004). Hispanics educational level is positively related to their application for loans, ability to use credit wisely, and overall business success (Coleman, 2004).

A second reason is that some Hispanics have very negative views about borrowing money and indebtedness (Korzenny & Korzenny, 2005).

For example, some Hispanics view lenders or banks as untrustworthy, and feel that mortgages endanger the future of their families. As a result, they only borrow money as a last resort (Korzenny & Korzenny, 2005), and typically borrow money from family members or others in Hispanic enclaves. The dependence on family members may limit long term growth, and constrain the amount of reinvestment in the business (Dana & Morris, 2007). However, Hispanics who borrow money for their new ventures are more likely to be successful (Olson, Zuiker, & Montalvo, 2000). There are a number of strategies that can be used to deal with this challenge. First, Hispanics should seek mentors and advisors who have knowledge about securing funds for new ventures. Some of these mentoring programs are free (e.g.., http://www.score.com). Second, they should attend training programs that increase their knowledge about financial issues.

*Photos: courtesy of the authors. At the request of one of the authors, the degree of contribution of the authors from most to least follows: Julio C. Canedo, Ph.D., Dianna L. Stone, Ph.D., Stephanie L. Black, MIM, Kimberly M. Lukaszewski, Ph.D.