Cities with Latinx populations among those committing to LGBTQ equality 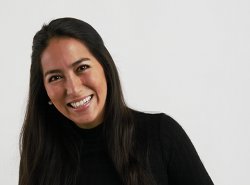 While the equality fight for the LGBTQ community is facing more challenges than ever in recent history, cities and states across the United States continue to embrace LGBTQ-inclusive policies and practices. These initiatives make communities not only stronger, but also more attractive to equality-minded businesses looking to locate in places where their employees are embraced and protected from discrimination.

Recently, the Human Rights Campaign Foundation, the educational arm of the nation’s largest LGBTQ civil rights organization based in Washington, D.C., in partnership with the Equality Federation Institute, a nonprofit organization and strategic partner to state-based organizations advocating for LGBTQ people, released the 2017 Municipal Equality Index (MEI), a nationwide evaluation of municipal law that examines inclusion in policy and services in municipalities in all 50 states, and highlights the ongoing progress towards LGBTQ equality.

The survey found that cities with significant Latinx populations, including Los Angeles, New York, Miami Beach, Chicago, Austin, Orlando and Phoenix, were among the 68 that earned perfect MEI scores for advancing LGBTQ-inclusive policies and practices. Latinx is a gender-neutral term used in lieu for the words Latino, Latina or Hispanic.

Non-discrimination ordinances, and inclusive city services, employment policies and benefits, and law enforcement practices continue to be the benchmarks of the report. Cities and municipalities are stepping up to meet these challenges by creating inclusive workplaces for their employees, welcoming communities for all their residents, and environments in which businesses can flourish.

“This year’s MEI paints a vivid picture: cities big and small, in red and blue states alike are continuing our progress toward full equality, regardless of the political drama unfolding in Washington, D.C., and in state legislatures across the country,” said HRC president Chad Griffin. “Today, the MEI serves as a vital tool for business leaders and municipal officials alike when it comes to economic development. CEOs (chief executive officers) know that in order to attract and retain the best employees, they must grow their companies in places that protect LGBTQ citizens from discrimination and actively open their doors to all communities. The MEI is the best tool to help these businesses make crucial evaluations about the welcoming, or unwelcoming, nature of towns and cities across the nation.”

Increasingly, United States cities understand the importance of LGBTQ equality and are embracing inclusive policies and services. Since the MEI’s debut in 2012, the number of cities achieving perfect scores has risen, dramatically, from just 11 the first year, demonstrating a steady pro-equality trend toward full municipal equality. The report assessed inclusivity in 506 cities, and found encouraging steadfast progress in state, regional and national score averages. The municipalities were evaluated based on non-discrimination laws, anti-bullying policies and protections, inclusiveness of city services and law enforcement and the relationships between cities and the LGBTQ community.

Despite this year’s wave of anti-LGBTQ legislation introduced in state legislatures and the rollback of a number of nondiscrimination protections, the 2017 MEI shows that cities across the country continue to enact crucial laws and policies to protect the LGBTQ community. Here are some key findings of this year’s MEI report:

This year’s MEI rating included 50 state capitals, the 200 largest cities in the country, the five largest cities or municipalities in each state, the cities home to the state’s two largest public universities, municipalities that have high proportions of same-sex couples. During a time where equality milestones and hard-fought LGBTQ protections are at risk, it is critical to continue to engage city leaders to defend and protect the rights of LGBTQ people.

The acronym LGBTQ stands for the lesbian, gay, bisexual, transgender and queer community. The terms are defined as follows: lesbian, a woman who is emotionally, romantically or sexually attracted to other women; gay, a person who is emotionally, romantically or sexually attracted to members of the same gender; bisexual, a person emotionally, romantically or sexually attracted to more than one sex, gender or gender identity though not necessarily simultaneously, in the same way or to the same degree; transgender, an umbrella term for people whose gender identity and or expression is different from cultural expectations based on the sex they were assigned at birth. Being transgender does not imply any specific sexual orientation; and queer, a term people often use to express fluid identities and orientations, often used interchangeably with “LGBTQ”.

Milagros Chirinos serves as HRC’s bilingual media manager-Spanish, working to achieve LGBTQ equality and justice for the Latinx communities. Her work includes sharing the stories about members of the community and the creation of a Spanish-language hub to access online resources. For more information please visit hrc.org/explore/topic/recursos-en-espanol-de-hrc.