To awake sleeping giants, invite them to play for real 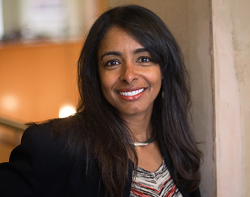 According to 2009 census estimates Hispanics1 comprise the largest minority group among, 15.8% or 48.4 million people and expected to continue growing. In spite of the size and rapid growth of the Hispanic population, for a long time Hispanics have been considered a sleeping giant, a label that, according to Cristina Beltran (2010), evokes the notion that Hispanics are “subjects on the cusp of political power and influence” (p. 3), but also a group who is “politically passive and difficult to mobilize: the giant who cannot be roused from its slumber” (p.4).

However, in a recent book, journalist Jorge Ramos (2005) challenges the image of Hispanics as a sleeping giant, arguing that Hispanics not only are now able to decide closely contested electoral races, but also that because of their size, important decisions will require the support of Hispanics. Ramos predicts that the “Hispanic vote will cease to be a weightless player on the political scale, and instead become the veritable ‘big boy’ in states and regions where the Latino vote has historically congregated” (p. xviii).The results of the 2010 midterm election, when for the first time three Hispanic candidates won top state level posts, seem to confirm Ramo’s predictions.

These results suggest that the growth of the Hispanic population represents opportunities and challenges for policy makers as they now need to think about the most appropriate ways to respond to the needs of this culturally and linguistically diverse group of citizens. Indeed, Ramos (2005) speculates that political parties and service organizations that do not take into account the needs of Hispanics stand to become irrelevant in the future. And yet, at this point, making such an argument based on the potential for political power of the Hispanic population may be futile. First, contend some commentators (see John 2009 and Moynihan 2003 ), voting does not increase representation nor makes elected officials and administrators more responsive to citizens’ needs. What makes an impact is having a seat at the decision making table.

Second, according to the Pew Hispanic Center (2007), Hispanic voters lag behind other major racial groups. The Pew reported that in September of 2007 even though Hispanics constituted 15.3 of the population of the United States, they were only 8.9% of the total eligible voters. This means that only about 40% or roughly 18 million Hispanics were eligible to vote (Pew, 2007). Thus, the size of the Hispanic population does not, as of yet, automatically translate into more votes. Therefore, with the exception of places with high concentration of eligible Hispanic voters, politicians interested in being elected may not see as a benefit having Hispanics on their side. The cost calculations may be too high and some may even conclude that they gain more by opposing policies that benefit Hispanics.

Perhaps, at this point in time, the most compelling argument for decision-makers to pay heed to Hispanics’ can be made based on the statistics that illustrate the social and economic conditions of this population. In many respects, Hispanics socio-economic characteristics are most similar to those of Blacks, the second largest minority in the country. But they also differ in important ways. Pew reports that in 2008 in the United States among the resident population of 25 and older 23.5% of Hispanics (native and foreign born) had completed less than 9th grade, a rate significantly larger than that of Whites (3.2%) and Blacks (5.6%). Furthermore, fewer Hispanics over 25 had a college degree (12.9%) compared to Whites ( 30% ) and Blacks (17.5 %).

Given this background and the fact that voting may not be the most feasible approach to ensuring that there is adequate representation of Hispanics so that the need of this population can be effectively address, the most promising approach is to engage them in a deliberative process of governance where they can be participants in policy development and decision-making (Schachter 1995). Whether eligible to vote or not, Hispanics have a stake in the communities where they reside, work, own businesses, or send their children to school and therefore should be able to take part in the process of governance. This is the way to awake a sleeping giant.

1 I use the term Hispanics to be consistent with the terminology used by the Census Bureau; the term Latino is used more often in day to day parlance. Hispanic/Latino describes persons whose ancestry can be traced back to the Spanish speaking countries of Latin America and the Caribbean.

Patria de Lancer Julnes, Ph.D. is associate professor and director of the Doctor of Public Administration Program at the University of Baltimore and is currently serving as president of the Asociacion Lideres Hispanos. Her research interests include government performance and accountability, and citizen-driven governance.

Pew Hispanic Center (2007). The Latino Electorate: A Widening Gap between Voters and the Larger Hispanic Population in the U.S. (January 12, 2011) http://pewresearch.org/pubs/548/latino-electorate

Pew Hispanic Center (2008a) . Statistical Portrait of Hispanics in the United States, 2008 http://pewhispanic.org/factsheets/factsheet.php?FactsheetID=58