Center for Immigration Studies exposes itself in public 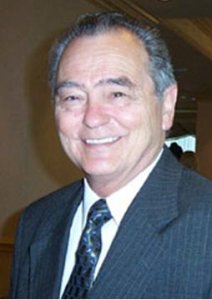 Mark Krikorian, Executive Director of Center for Immigration Studies (CIS), at what was dubbed a “think tank” conference on January 26th to review immigration issues promoted in part by San Diego University’s Trans-Border Institute (TBI), called on the Department of Homeland Security to use eminent domain to purchase from half-mile to a mile of land along the US-Mexico border, and demolish the buildings to create a “border security zone” to “insulate ourselves” from Mexico.

Krikorian’s bizarre ideas would demolish San Ysidro, and Otay Mesa, in San Diego. Do away with much of Calexico in Imperial Valley, California; Nogales, Arizona, El Paso, Laredo, Brownsville and numerous smaller border towns in Texas.

Krikorian was not finished. Referring to the trans-border economy as “a parasitic phenomenon,” he rejects that cities across the border from each other form integrated economies. Thus, he suggests that all border crossing cards allowing visits of up to 72 hours within a 25 mile zone from the border issued to Mexican border residents who go through a screening process, as has been done for decades, be canceled. In short, no Mexican should be able to cross legally into the US.

Krikorian’s ‘parasitic’ border crossers contribute to the San Diego economy over $3-billion in annual retail sales and accompanying sales-taxes of over $235-million, not counting business to business sales estimated at over $9-billion annually. Similarly border cities across Arizona and Texas have integrated economies in varying degrees. El Paso and Ciudad Juarez have for decades set the benchmark for border cities cooperation and integration. Laredo, Texas handles over $20-billion in annual exports to Mexico.

The best thing that can be said about the fanatical ideas presented by Krikorian is that it put an end to the deceitful masquerade perpetrated by the Center for Immigration Studies.

According to the Southern Poverty Law Center (SPLC), CIS was founded in 1985 “as a think tank to support the more activist work of the anti-immigrant Federation for American Immigration Reform (FAIR).”  CIS describes itself as “independent” and “nonpartisan,” but its studies, reports, and media releases consistently support its restrictionist agenda…”

CIS is one of several anti-immigration groups exposed in a Wall Street Journal article (“Borderline Republicans” June 14, 2004), “In fact, CIS, FAIR, NumbersUSA, Project-USA and more than a half-dozen similar groups that Republicans have become disturbingly comfy with, were founded or funded (or both) by John Tanton, a retired doctor in Michigan. In addition to trying to stop immigration to the U.S., appropriate population-control measures for Dr. Tanton and his network include promoting China’s one-child policy, sterilizing Third World women and wider use of RU-486.”

The mastermind of the groups, John Tanton, was exposed by the Intelligence Report published by the SPCL, “The Puppeteer,” (June 12, 2002) written by Rick Swartz. In an interview with SPLC, Swartz said: “The (Tanton) blueprint envisaged creating a whole array of organizations that serve the overall ideological and political battle plan to halt immigration. …They camouflage the links between these organizations, their true origins, so that they appear to have arisen spontaneously. But in fact they have the same creator, Tanton.”

Swartz also observed, “Another tactic of Tanton’s is to turn ethnic groups on each other, to create conflict between different ethnic and racial groups. One of his big arguments has always been that immigration hurts blacks. FAIR has bought radio advertising on black radio stations to push that vision… basically saying, “You know why you don’t have a job? Because some undocumented Mexican came in and stole yours from you.”” Swartz added, “…it’s the oldest trick in the book. It’s called making those who don’t have a lot but are making progress feel threatened by those coming after them.” And, “The Tanton vision… is of an apartheid United States beset by racial violence, and whites not going quietly into the night as their numbers are overwhelmed by the demographics of immigration.”

There is no question that academic institutions have the right, indeed the obligation, to hold and attend conferences on the critical issue. But they also has the responsibility to inform its audiences beforehand not as David Shirk, Trans-Border Institute director, who participated and his organization helped promote, commented afterwards, “Serious scholars have to take the Mr. Krikorians of the world seriously; they represent a long tradition of nativism in this country.”

Beyond identifying Mr. Krikorian as a nativist, his organization’s background and connection to other extremists groups must also be made public at such forums.  And, spouting such ridiculous ideas, how can serious scholars and people of good will take Krikorian’s ideas seriously?

Patrick Osio is the editor for HispanicVista.com, an Internet public interest weekly publication. Osio also writes a monthly column, The Connection, for the San Diego Metropolitan Magazine. He has garnered five awards from the SD Society of Professional Journalists. For over 15 years, he was a consultant to the private and public sector on trans-border business and economic affairs. He is a frequent lecturer on U.S.-Mexico issues and a frequent guest on radio talk shows.

9 Responses to Center for Immigration Studies exposes itself in public