The apartheid of American marketing 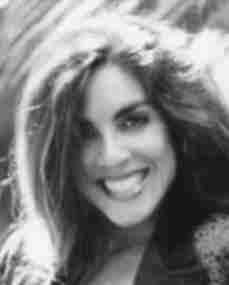 We are experiencing a demographic reinvention and movement towards a global community. Generations of transnational mobility, intermarriage and cultural give and take have yielded new arrangements of people, identities, and social practices that are challenging the definitions of self and the usefulness of racial categories for marketing purposes.

Not that America — the nation of immigrants — wasn’t diverse before, but before the Civil Rights movement, diversity was not a good thing. Assimilation (melting into the common pot) was the ultimate objective.

Prior to the mid 70’s, when cultural anthropologist Margaret Mead announced that “Being American is a matter of abstention from foreign ways, foreign food, foreign ideas, foreign accents,” people suffered for being different.  Parents struggled to ensure their children assimilated to the mass, spoke English, and rid themselves of “foreign signs,” such as speaking a language other than English, having a foreign accent, dressing in foreign clothes.

Many immigrants escaped a strict European caste system, political and religious persecution to a land of equal opportunity. An idea so contradictory to the notion of slavery could only be justified if enslaved humans in America were perceived to be of an inferior subhuman type.

And so was born the color-coding system that rationalized that this Land of Equal Opportunity, and freedom, was so, for those in the superior color category. Jews, Italians, Irish, all went through the color struggle that Blacks, Latin Americans, Asians, Indigenous people still face.

Whiteness has always been a perceived category for many, and a physical one when it comes to excluding people of darker skin, regardless of origin. Now that being unique is good there is no need to assimilate to anything. And some are even looking back and digging into their ancestral trunks and reviving customs and identifications from their origins. In the meantime, while we are working to recognize that diversity is good, and that colors look better together than by themselves, some structures have not changed to match this trend.

I want to bring to your attention one of those: the segmentation system we habitually use, just like driving back home from work or putting deodorant every morning. It simply divides humans as consumers into color, a.k.a. racial, categories:  White, Black, Hispanic, and Asian.

For instance, in the United States, marketers, researchers, advertising agencies and media often treat “Hispanics” as a separate group from Whites, Blacks and Asians, when “Hispanics” actually include people who either identify also with one or more of the aforementioned racial groups, or with neither, as is the case of those who identify with indigenous tribes.

Additionally, the term “Hispanic” often wrongly classifies people of 23 different nationalities spread out from Europe, to the Caribbean, from North America to the South Pole, into a common pool, assuming they all share a language, cultural traits, consumer behavior, or degree of foreign identity (if any).

People who technically would be considered white per the U.S. Census definition are easily dropped by marketers to the category of “people of color, multicultural, non-mainstream” if they speak with an accent, speak a foreign language (even if they speak English), and/or come from certain European, North African, or East Asian countries such as Spaniards, Basques, Portuguese, Lebanese, or Arabs.

Language is not a racial category, but if a person “speaks, understands or should speak Spanish”, regardless of their race, he or she gets placed into the Hispanic or Latino category. Language is still being treated as if it were a race.

The U.S. government, the entity behind the 1980 invention of the term Hispanic, claims the purpose of dividing people into color segments (racial/ethnic segments) as necessary (evil?) to “identify and help minority groups.” Labels, tend to bring a set of distinguishing characteristics; so once a person is labeled (White, Black, Hispanic, Asian, Native American) he or she is expected to be a certain way and behave accordingly, And that brings problems.

The problem with selling a generic “Hispanic” identity is that it often results in over-generalizing a population that is hardly alike, running the risk of getting a client (or vendor) that is uneducated in such matters – in trouble (read loss of revenue or cost of staying in business).

Unfortunately (or fortunately if you are in the business of selling a self-proclaimed non-white group expertise) most U.S. educated marketing related professionals are uneducated in such matters.  Most U.S. business schools still teach marketing based on the pre 70’s simplistic paradigm of an American consumer value system juxtaposed to an international one.  “Minority” non-white ethnic groups, and linguistic groups are deemed as “international” or even miss-named as “multicultural” (read: “non-white” foreign).

How many marketers haven’t seen a book or daily newsfeed about a research report that stereotypes consumers by White – Black – Hispanic – Asian (or White versus multicultural or ethnic) and describes each in terms of economic, political, educational and language characteristics of each “label group” as if it were a totally scientific expression of the research law of mutually exclusive categories.

What does labeling people for socio-political advocacy purposes have to do with marketing anyway?  Bunching together millions of people into a “political identity” as the Hispanic label is meant to do in governmental affairs, may be useful as far as the power of numbers.  But for a marketer of the 21st century, where micromarketing is the mantra, with a tendency toward segmentation by lifestyle, shopping patterns, and media behavior?

How useful can it be for a marketer to target a group of highly diverse “Hispanic” people who view different media, have different language preferences, upbringings, cultural backgrounds, socio-economic and educational attainment levels, nationalities, looks, religious beliefs and political views, and lifestyles?

At what point does a Colombia born 30 year old female with college education, who speaks, reads and writes both English and Spanish, took French in high school, is single and lives in West Palm Beach, have anything to do with a 46 year old Guatemala born  male with a third grade education, Spanish dependent, with kids, who lives in East Los Angeles or with a 23 year old Dominican born and raised in Brooklyn, who speaks English and Spanglish, reads and writes only in English, is a single mother, and is attempting to get her GED (high school equivalency degree).  One plus two plus three cannot equal one.

It is discriminatory to assume that the human species can be meaningfully divided into races. If in marketing we divide consumers by “race or ethnicity” and typically ask consumers in survey questions: Which of the following do you consider your race (or ethnicity) to be:  White, Black, Hispanic, or Asian … doesn’t that come dangerously close to this definition of racism?

The dark side of color coding has a purpose of dividing people into superior from inferior, majority from minority. That is awfully close to the definition of racism: categorizing people for the purpose of social and economic gain.

Obviously, in this Post Civil Rights Era, a corporation that practices overt racism wouldn’t do well with profits.  Could race-based consumer segmentation hurt business in any way?

While Latin American marketing research organizations are getting together to work towards a standardized consumer segmentation system that is based on socio-economic and consumer behavior differences, not race or ethnicity, what does that say about the U.S. color/race based segmentation (read: segregation) system?

If there are more consumer behavior and lifestyle similarities across racial and ethnic barriers, rather than within perceived racial groupings, why the insistence on practicing a color and race based system?

Something is not right and it is limiting our ability to reach marketing excellence.

Suzanne Irizarry de López has studied Hispanic/Latino consumers for over 15 years. Raised in Puerto Rico and graduated from the University of Pennsylvania, she lives in Dallas and works for Eastern Research Services.

10 Responses to The apartheid of American marketing