Hispanic fathers: What makes them different? 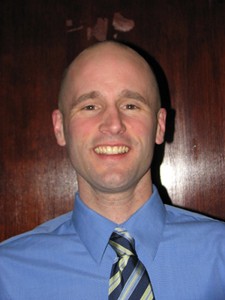 Over the past thirty years, social scientists have expanded our understanding of the role that fathers play in child development. Prior to this time, researchers looked almost exclusively at mothers; it was as if fathers’ mere presence, or lack thereof, was enough. Not surprisingly, current data suggests that fathers play a critical role in the family. Positive paternal involvement leads to improved school performance, positive self-esteem, better sibling relationships, and improved mental health outcomes for children. Furthermore, when fathers remain responsible for, engaged with, and accessible to the family, marriages are stronger and pooled financial resources lead to a higher standard of living. Thus, fathers have both a direct and indirect influence on family relationships and stability.

As this body of research grows, it is becoming clear that social context provides a critical background in which families develop. Culture and gender norms provide an unseen, often unrecognized, map for how individuals, including fathers, learn to function in both the family and in the larger community. While it is clear that cultural and gender norms do impact parenting, there is a relatively small amount of data regarding what this means in Hispanic families. Given that the Hispanic population in this country is expected to continue to grow rapidly this lack of research is quite surprising, especially considering that existing studies suggest that Hispanic fathers do in fact view fatherhood differently. For example, one study found that Hispanic men are less likely to be anti-feminine that their Caucasian and African American counterparts. A possible interpretation of this finding is that Hispanic men may be more likely to be emotionally engaged with their children. However, at this point it is not clear whether this is due to cultural norms, acculturation to the majority culture, or to gender norms. Quite possibly it is related to all three factors, or to some factor that has not yet been identified.

There are many different groups that make up the Hispanic culture and each surely has its own rules for behavior. However, there are some ideals that appear to be shared by many of these subgroups. Familismo and respeto are both common features, and some suggest that machismo is another. One can easily see how familismo and respeto have a positive influence on families, but what about machismo? Again, current literature suggests that his is a poorly understood construct, and that the common conception is based on prejudiced, ill-informed research and popular media. In fact, although machismo is often described as a Hispanic male trait, it is found in nearly all cultures. Thus, although it goes by other names, machismo is not owned by Hispanic cultures and does not accurately describe Hispanic male behavior or attitudes.

Furthermore, some researchers point out that machismo only highlights the more negative aspects of Latino gender norms. Last year, Miguel Arciniega and his colleagues coined the term caballerismo to describe the more positive aspects of male gender norms, suggesting that these features may promote close family relationships. More research is needed to validate the positive influence that Latino masculinity has on families.

However, gender norms may only be important insofar as an individual man views himself as part of a particular cultural group; this level of belonging is referred to as ethnic identity. The stronger one’s ethnic identity, the more one has explored what ethnic group membership means and the more committed he is to group membership. While members of any ethnic group may have an ethnic identity, it may be more salient for members of ethnic minorities because they are constantly faced with how their ethnicity is different from that of the majority culture. Men with a strong ethnic identity are more likely to be influenced by traditional culture values, such as familismo and respeto. Of course individuals are also faced with decisions about how to interact with the majority culture, whether to take on values of the numerical majority, to retain traditional cultural values, or to somehow blend both sets of values. The process of acculturation may impact both ethnic identity and gender norms.

In the context of the current discussion, the question now becomes one of how do ethnic identity, cultural norms, and gender norms come together to influence Hispanic fathers relationships with their children. I am currently conducting a national study asking exactly that question. I hypothesize that Hispanic cultures do encourage men to be emotionally engaged and involved with their families, and that they do not lose these values through acculturation. This is a valuable opportunity to further our understanding of how Hispanic men remain involved with their families, and to highlight cultural strengths. Specifically, this study challenges the stereotypic view of Hispanic men that has been portrayed in both scientific and popular literature. I am inviting Hispanic men with children to participate in a short (15-20 minutes) online survey by following the link below. The survey is available in both English and Spanish, and upon completion participants may register for a raffle for $100.
http://www.surveymonkey.com/s.aspx?sm=wMQ53J_2fQo7WhPJBXCnS28A_3d_3d

If you would like more information on my study or references for any of the material I discussed above, please contact me via e-mail at glass004@gannon.edu.

Jon Glass, M. Ed., is a doctoral candidate in counseling psychology at Gannon University. He has worked with children, adolescents, and families in a broad range of mental health and educational settings. His research and clinical interests include family and multicultural issues, as well as developmental and health psychology. Mr. Glass recently co-authored a book chapter on working with Caucasian fathers from a multi-cultural perspective.