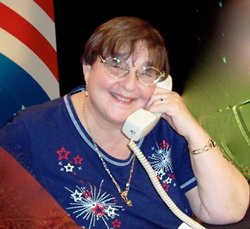 This amendment, however, had no impact on economic equality. It took the efforts of President John F. Kennedy, First Lady Eleanor Roosevelt, President Lyndon B. Johnson and President Barack Obama to support legislation that made progress toward women achieving equal rights. The legislation eliminated discrimination, on the basis of sex, in education programs or activities receiving federal funds, and required equal pay for equal work.

Consequently, for the first time in history, nearly half of students in law, medical and graduate schools are women. Women didn’t suddenly get smarter—we just got the opportunity to use the brains we always had. To be completely fair, the advances from farm to urban life and technology have enabled women to use their brains productively, rather than depending on the brawn of men to produce food and do heavy lifting.

Those who came before us — our grandmothers and the women since the 1800s — marched, spoke out to hostile crowds and hearings, lobbied and suffered physical and verbal abuse. They had their sanity questioned, were jailed, were starved and were force-fed while manacled, and they sacrificed their comfortable and secure lives so that we might be closer to equality for all.

Since the 1960s, several women stand out in the forefront of the legislative battles: U.S. Rep. Bella Abzug proposed that Women’s Equality Day be celebrated nationally. Rep. Patsy Mink wrote the legislation for Title IX, that granted women’s equality in sports. And Supreme Court Justice Ruth Bader Ginsburg, as a law professor, prepared the cases for the Supreme Court to apply Title IX.

We’ve witnessed a number of remarkable milestones for women in our country. For the first time, a female is serving as the Speaker of the House of Representatives (Nancy Pelosi, elected in 2007.) Women were major contenders in a presidential election — Hillary Clinton for president and Sarah Palin for vice president in 2008. Three women are now sitting on the U.S. Supreme Court — Justices Ginsburg, Sonia Sotomayor (the first Hispanic female justice) and Elena Kagan.

Equality for all, however, will not come in a fancy box with a neatly tied bow. Rather, the process toward equality continues to be messy and protracted—like almost every advance toward a better democracy.

Since the Equal Pay Act was signed in 1963, the wage gap has been closing at a slow rate. In 1963, women who worked full-time, year-around, made 59 cents on average for every dollar earned by men. In 2007, women earned 78 cents to men’s dollar. That means that the wage gap has narrowed by less than a half-cent per year.

Where is the dedication to maintain the momentum that brought us to where we are now? Is earning 78 cents for every dollar a man earns for the same job acceptable? Is being passed over for promotions because of pregnancy, race or gender acceptable?

Many women today are so caught up in their busy lives that they seem to believe they don’t have time to do anything more than their jobs and family obligations. They seem to feel that becoming involved in the League of Women Voters, supporting candidates who stand for equal rights — even just voting or participating in civic-action efforts — are not priorities. Well, they need to think again. They wouldn’t have what they take great pride in if others hadn’t made such activities a priority.

We have not yet achieved the goal of equality for all. But if and when we do, we will have to continue to teach our daughters and all students that rights are not offered, but are hard won and can be withdrawn. Thomas Jefferson said, “The price of freedom is eternal vigilance.” This has never been more appropriate.

Our achievements obviously do not mark the end of our journey. It is only with the continued work of citizens and leaders of all ethnicities and backgrounds that women can achieve equality in the workplace and political power to implement legislative policy. So, let us celebrate what we have accomplished, honor those who have worked for our betterment and keep moving forward until we gain equality for all.

Adrienne E. Katz Katz of Orlando, Florida, serves on the Board of the League of Women Voters of Orange County, FL. She is a native Floridian and lifelong civic activist who has worked to promote democracy since before she was old enough to vote. After retiring as a public relations and marketing consultant, she continues to encourage enlightened voting by writing and lecturing to a wide range of audiences.