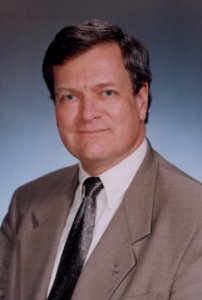 Public relations practitioners in the United States should no longer view public relations as merely involving the “Lower 48 states.”  We live in an interconnected, interdependent, “24/7” world where financial transactions, currencies, commodities and information flow more or less unimpeded at the speed of light across national boundaries and across cultural divides.

How can a U.S. practitioner whose practice may be currently dealing with local, statewide, regional or nationwide issues and clients make the leap to effective international competence?  There are several ways to do this, and in this short article I’ll describe ways you can get started.  Best of all, many of them are free and available to you now.
You, as Hispanic public relations practitioners, have an advantage in this effort.  You are familiar with the Spanish language, and with the national cultures of Central and South American countries.  This extra dimension to your background is vital for success in the ever-growing, ever-changing field of international public relations.

We are all familiar with the concept of “publics,” namely, groups of interest to our organizations that share characteristics that can affect us, or where our products, services or “intangibles” can affect them.  A “Quick and dirty” (yet effective) way to start is to divide the many potential publics your organization has into “Internal” and “External” groupings.

Your internal publics for your U.S.-based client can include the following:  employees, retirees, interns, investors, unionized/nonunion employees, directors and various subgroups (senior management, middle management, front-line supervisors, employee clubs, and retiree clubs).  Likewise, your external groups can include the news media (local, regional, statewide, nationwide and international, as well as ethnic and foreign-language) with print, broadcast and electronic/Web communications), government (local, county/regional, state, national and international), the financial community (Wall Street analysts, institutional and individual shareholders, banks and other financial institutions, and the financial media), local communities and community groups, business/industry associations, activists, and Non-Governmental Organizations.  For each of these, you can determine appropriate communications strategies and programs, based on how they affect your organization.

Now look at these same internal and external publics and determine how what the appropriate communications strategy will be for each country in which you operate.  You may find that the “spectrum” of opportunities or threats may be quite different from that for the U.S. environment.  Be sure to cover population factors such as age, sex, racial/ethnic, religion, education, income and political involvement, as well as geographic and climate effects.

As Hispanic public relations practitioners, you know this instinctively.  You know from experience how a communications approach that works well in the Caribbean can be inappropriate for Mexico or Argentina.  You know how idioms and expressions vary greatly from country to country.  And you know how a country’s political, economic, educational and social characteristics affect the ways in which you communicate.  Always keep these differences in mind as you work with your clients to help them communicate effectively.

Sources that can help you

There are many organizations that can provide you with useful information to acquaint yourself with the business environments of foreign countries, as well as passing along useful “dos and don’ts” that will help you make and maintain good relations with foreign clients, media and governments.  Here is a sampling:

International News Media:  The Financial Times, The Economist, and International Herald Tribune have worldwide readerships and will provide a useful perspective on the news as seen by non-U.S. eyes.  Many U.S. news media, such as the Wall Street Journal, New York Times, Miami Herald, CNN, Reuters and others, likewise have experienced international reporters.

Multinational Corporations:  Foreign-based companies like Shell, Sony, and British Petroleum operate worldwide and have many experienced multinational managers.  Likewise, U.S. companies such as General Motors, Pfizer and Citigroup have had long experience in worldwide markets.

Public Relations Agencies:  Burson-Marsteller, Hill & Knowlton and several others have extensive international practices.  They are joined by a number of smaller agencies that specialize in working with individual countries or regions.

International Non-Profits, Activist Groups and Think-Tanks:  The International Red Cross, Rotary International, Greenpeace, and the Brookings Institution are but a few examples of such groups that have worldwide issues, linkages and programs.

Useful Organizations in the United States

In the United States, you can contact the Press Attaché or Commercial Attaché at foreign embassies in Washington or consulates in major U.S. cities.  Several countries maintain foreign information services based at the embassies or consulates that are very useful in providing current information and contacts.  Likewise, in several U.S. cities, you can contact foreign chambers of commerce that foster commercial relationships between the U.S. and their respective countries, and can give you useful contacts including attorneys, accountants, and transportation companies.  You can also contact foreign-flag airlines, who want you to become frequent flyers to their countries!

Overseas, you can contact the commercial attaché at any U.S. embassy or consulate.  Specific agencies that are useful include the U.S. Department of Commerce, which organizes trade missions to specific countries or regions, and the U.S. Department of State, which has desk officers for each country in the world who can provide you with contacts in the foreign media.  In addition, the U.S. Chamber of Commerce in Washington, D.C. operates AMCHAMs (American Chambers of Commerce) in numerous countries to enhance trade and business activities.  You can also contact the U.S. bureaus of foreign-based media organizations, which will be glad to share information with you about their countries.  Finally, in more than 60 countries there are national equivalents to PRSA that are useful sources of information and contacts. I hope these suggestions will help you get started in your “world of opportunity!”

P. Michael Mc Dermott is an international public relations counselor in Riverside, Connecticut. His clients include major corporations, public relations agencies, universities and non-profit associations. He can be reached at pmmcd@optonline.net