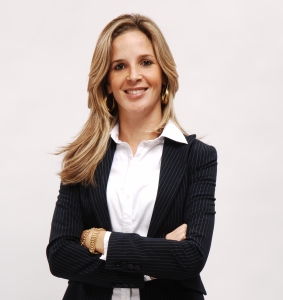 We all know it. We’ve all sung it. Some of us don’t even know what it means. What is it? It’s “Gasolina” (“Gasoline”), Daddy Yankee’s popular reggaetón hit. The album has sold over a million copies and the music sure is catchy.And marketers have taken note. Why? Because it reaches a young Hispanic demographic segment that according to studies represents a purchasing power of $25 billion dollars per year. In fact, today, Latino youth stands for 20 percent of the total U.S. teen population with studies showing that they will reach 62 percent by 2020, increasingly becoming a very lucrative segment of the economy.

Although companies are catching on, signing deals with top Latino artists including big reggaetón stars and developing campaigns aimed specifically at this youth segment, some, according to Beatrice Rangel, president of AMLA, a U.S. Hispanic market research firm, still don’t “get it.”

“Marketers are lost. They have no clue what this generation needs. These kids hate Telemundo. They hate Univisión. They don’t watch ‘Sábado Gigante,’ they watch the WB,” she said.

But this then raises the question that several marketers are posing to themselves: If these kids prefer to watch English language programming, won’t my general market campaign reach them? 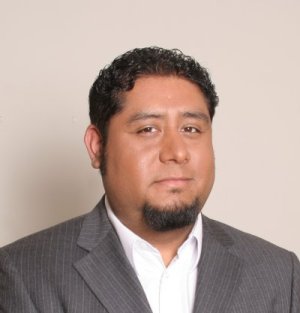 Not according to Telemundo’s mun2 [pronounced mun-dos] vice president of programming Flavio Morales: “You can cast a wide enough net and say that you are going to hit [the youth market] but I think there is a deeper sense of connection when you create a turf that they can call their own,” referring to the mun2 programming that targets Latino youth with a wide variety of entertainment and lifestyle programming in English and in Spanish. “These kids refer to themselves as American, but in the same breath they will say ‘I am Honduran’, ‘I am Mexican’, and that creates a whole different demographic.”

mun2 research supports this finding. In February, the company released results to a study carried out in conjunction with Look-Look, a market research firm, which revealed that 79 percent of Young Latino Americans (referred to as YLAs) cannot identify a brand or company that is accurately targeting Latinos. That’s a significant finding considering these kids can spend $25 billion annually.

“The findings of this study make it clear that young Latinos as a targeted demo have fallen through the cracks in the general marketing arena,” stated Antoinette Zel, senior executive vice president, Network Strategy at Telemundo, via a press release. “Simply, there is an enormous opportunity to market to them given that their population numbers are too big to ignore and their purchasing power so significant.”

But how can you succeed in marketing to this complex segment, who is neither completely American nor completely Latin American, who is proud to be Latino but prefers to speak in English, who is influenced more on the peer level, than by mass media? Is it just about reggaetón tunes, or should companies consider other marketing principles? Those that have ventured into this space have focused on the following principles:

Speak to them in their language

Companies who are communicating to this demographic are doing so in English, with only hints of Spanish; it isn’t necessarily bilingual. Diageo’s Jose Cuervo is one of the companies following this trend. The company recently launched Cuervotón, a talent search that will showcase new rising stars in the reggaetón industry. The website, titled “Cuervotón: The Search for la Nueva Generación of reggae and hip hop Latino,” intermixes Spanish language words with primarily English language content.

Media outlets are following a similar trend: when leafing through Bridgez magazine, a publication that positions itself as the “hip hop Latino connection,” we find titles such as “Fashion en mi Barrio” and “Roc la Familia” but find that the majority of the content is in English.

“Growing up in the Bronx, our neighbors spoke Spanish and our parents spoke Spanish, but we spoke English, and we went to hip hop clubs. We used English to communicate to our friends although we still feel a close tie to our Latin roots,” stated Ariel González and Charlie Nuñez, founders of Bridgez.

And the same holds true for Urban Latino magazine Amor y Basketball. A recent piece published by this magazine on the NBA’s popularity among Latin American and U.S Hispanic youth, only uses one Spanish language word in its title and English throughout the rest of the piece.

Marketers at times forget that this segment is a teen segment and then a Latino segment. They embrace their Latino heritage, but they are, at the end of the day, a teen living in the U.S: they are consuming what their non Latino peers are consuming, hip hop, gadgets, myspace.com and they too are using the Internet, their iPod and a Nintendo.

“These kids are living hybrid lives and content should reflect it. They do not want to feel that they are being targeted as a certain demographic; they want to be included in the overall mix. They are proud to be Latinos, but that does not mean they are looking for Latino-relevant content only,” stated Que Gaskins, Reebok’s vice president of Sports Lifestyle Marketing.

Reebok’s U.S. Hispanic online initiative titled “Barrio Reebok” does just that, it blends Latin music with general market hip hop, and kids can download a poster of 50 Cent as easily as they can one of Mexican soccer star Owaldo Sánchez.

Mun2’s Morales agrees: “These kids are all over the place. They have 1,000 English songs on their iPod and 400 Spanish language ones. They sing Madonna’s songs and Paulina Rubio’s as easily as they do Hoobastank’s and Don Omar’s. This audience is about a lot of different things, not one specific genre.”

Recognize reggaetón’s rapidly growing popularity, but do not surround your entire marketing campaign around it

But when considering a genre for this segment, reggaetón’s bilingual tunes sure stand out and the dollars are proof of it: Daddy Yankee signed with Reebok. Luney Tunes (from the Dominican Republic) with Absolut. FatJoe (Cuban/Puerto Rican) with Bacardi.

Reggaetón stars signing with major U.S brands is indeed an indication of the popularity of this music genre and its reach, but it is important to recognize where the genre falls within the entire marketing mix.

According to Bridgez founders Gonzalez and Nuñez: “Companies should not only try and reach the youth through reggaetón; true, it’s extremely popular and the kids take to it, but companies should look to U.S Hispanic icons overall; Nike sponsors skateboarder Paul Rodriguez (son of well-known actor Paul Rodriguez), Hennessy uses Colombian-American actor John Leguizamo in its ad campaign. Those campaigns reach us because they are people we look up to. They don’t necessarily need to be reggaetón stars. Some companies think that just by using reggaetón, they will succeed. They still don’t get it.”

But reggaeton is definitely a force to be reckoned with, especially because of its strong ties to the booming hip hop culture, which is very popular among Hispanic and non Hispanic kids alike. In fact, it is reggaeton’s ties to hip hop that propelled Reebok’s Global Marketing team to begin to reach out to Hispanic youth: “What became a chipping point for us (when deciding to reach out to the Hispanic youth audience) was the rise of reggaetón; the music appeals to both Hispanic and non Hispanic, to the youth market in general and that is of great value to our brand.”

Look towards the future: give your marketing crossover appeal

True to Gaskins’s words, the popularity of Latin stars Shakira and Daddy Yankee is such that today, companies are signing them up for marketing initiatives to go beyond reaching U.S Hispanic teens, and reach the general market as well. A campaign that draws on a Latin theme effectively, while peeking the interest of other non Latino teens, is even more popular among Latino teens themselves: “Latino teens are proud that they are redefining what is mainstream even as they are influenced by the mainstream,” stated AMLA’s Rangel.

Reebok is the perfect example: Their tagline “I am what I am” (which they use throughout their campaign, general market and U.S. Hispanic) seems a perfect fit for the U.S Hispanic youth target which, according to AMLA’s research, is a demographic that “respects individualism, wants to be part of American culture, but still feels a close tie to their roots.” In this campaign Reebok uses their English language tagline and, by using icons such as Colombian-American John Leguizamo and Mexican soccer star Oswaldo Sánchez, marries it to Latino initiatives, a crossover appeal that no doubt will achieve much success.

The same goes for their online initiative and endorsee deals with Yankee: “Barrio Reebok was created to not only reach hardcore Hispanic kids but also kids who are interested in reggaetón, interested in soccer and Hispanic culture in general, and the reason we considered a Daddy Yankee, for example, is that not only are Hispanic kids interested in him but so too are non Hispanic kids. It’s a perfect way for us to connect to youth in general in a relevant way,” stated Gaskins.

After reviewing these principles, the question at the end of the day still at times lies in ratings; Spanish language novelas (soap operas) still have higher ratings than do Hispanic shows aimed at Latino youth. When asked how to best explain making an advertising buy on a lower rated show than on the leading rated novelas mun2’s Morales stated: “We might not have a million people watching the novela at 8 o’ clock at night, but we are hitting 100,000 Latino kids straight on.” And considering that these kids have $25 billion in purchasing power, it certainly seems worth it. Bring on the Gasolina.

Natalie Boden is president of BodenPR, a boutique public relations agency based in Miami