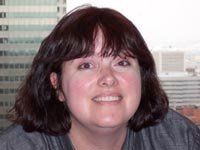 Some medical recruiting projects are more challenging for multicultural markets than for the general market. For diseases that are fairly common in the Latino community, like diabetes, your recruit may not be particularly challenging. But with a less common disease, for example a particular type of cancer, there are both cultural and practical aspects to be considered in the Hispanic market.

Keep in mind the need to probe about the cause of the illness. There are cultural syndromes such as susto and mal aire that Hispanics often believe are the cause of serious and common illness. Susto refers to a shock, fright, or trauma that the respondent may connect to the onset of a disease. We often hear from respondents in focus groups that the loss of a loved one, getting a divorce or other tragedy is the cause of diabetes or cancers. Culturally, the less acculturated Hispanic may believe that an emotional trauma has profound effects on the body. It will be important to know that any educational program needs to include this culturally sensitive concept. Mal aire, or mal viento, literally “bad air” or “bad wind” is also seen as a cause of disease. Having less information about these conditions, many immigrant Hispanics may rely on these as explanations for diseases from cancer to the common cold.

Another factor to be sensitive to is fatalismo, the idea that everything has been preordained “in God’s hands”. Fate will decide if a cure will be effective. This may prevent Hispanics from seeking diagnosis and complying with treatment. Unacculturated Hispanics may be suspicious of tablets and pills, which they may consider to be unnatural chemicals. Some Hispanics believe it is better for the body to fight a cold on its own, than to take a cold remedy that contains so many unfamiliar chemicals on the label.

With serious illnesses, such as cancer, you may find it very difficult to recruit patients because the family wants to protect the patient from any conversation that might upset them or introduce further susto or mal aire in an unfamiliar focus group room. In general, when recruiting Hispanic patients keep in mind that face to face interaction with a trusted health professional is the most effective, and television advertising on Spanish-language television is another effective route. It is very effective to form relationships with medical specialists, such as oncologists, who are willing to explain to the patient the purpose of the focus group and help provide credibility. Because of differences between medical norms in Latin America and in the U.S., unacculturated Hispanics may be more comfortable with the doctor speaking to the head of the family, or the caregiver, without the patient being present.

Based on our experience, we strongly recommend that the interviews be conducted in as small a group setting as possible to accommodate the more personal and sensitive nature of many disease states but also the general reluctance of many Hispanics to discuss in large groups.  This also helps reach the show rate goal for these projects. Keeping in mind that the family or caregiver will be very protective of the patient, it might be advisable to explain the focus group to the caregiver before approaching the patient directly. If approached in a culturally sensitive way, and with plenty of time to recruit, you will have a lot of success with these sometimes difficult projects.

• Allow ample time for recruiting depending on the incidence rate of the disease, meaning not just 3 or 4 weeks, but 2 months in the case of rare disease states, for example.

• Be sure to get estimates for the incidence rate of the disease state where appropriate.  Although this term is not usually used for qualitative studies, it is very helpful to get a real sense of the cost and time needed to fill the groups.

• Be flexible.  Change the research design or locations to accommodate patients.