By Bilal Hussain
Journalist and writer 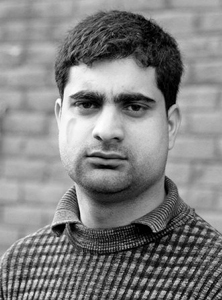 Of the many benefits of homeownership tax reimbursement is the most significant one. Unlike other ethnic groups, Latinos are being deprived of this advantage. Among many other disparities that group bears many Latino homeowners don’t receive the full benefit of mortgage interest tax deductions. To add to the disadvantage, in some cases they aren’t even eligible for tax credits.

According to the Internal Revenue Service United States Department of Treasury publication 936 (2008) Home Mortgage Interest Deduction, an individual has to fulfill certain conditions to  qualify for home mortgage interest deductions.

The first requisite: to file Form 1040 and itemize deductions on Schedule A [Form 1040]. This is the first hitch that keeps Latinos from reaping the benefit of the mortgage interest tax deduction. In Form 1040, U.S. Individual Income Tax Return Form, the person is required to mention the Social Security Number [SSN], which many Latinos don’t possess.

Unlike rest of many United States residents, Latinos aren’t able to take advantage of the interest deduction. The biggest deduction for most home owners is the interest they pay on their mortgage annually, which doesn’t hold true for Latinos.

Latinos undergo disparities not only in getting the full benefit of mortgage interest tax deduction but also the very step of owning a house—managing credit—  is a backbreaking task for most. Latino immigrants, many of whom belong to low and medium income households, face several obstacles in accessing credit. Besides lack of identification for undocumented immigrants, other factors affecting access to mortgage loans among Latinos include a low or no credit score, the language barrier, lack of down payments, expensive housing markets and many others. These disparities perpetuate the wealth gap between minority and white households.

Lack of a credit history is another barrier for many Hispanic households. Many immigrant households are more familiar with cash-driven economies and therefore lack the 24-month credit histories required by mortgage underwriters who most times deny loans on the pretext of lack of proper credit history.

There have been many studies that have shown the disparities between Hispanic and White families. According to a Pew Hispanic Center survey, more than 35% of Latinos surveyed reported that they did not have a bank account in 2002. The Federal Reserve Bank 2007 Survey of Consumer Finance [SCF] shows that wealth gap between White and Hispanic household is more than eight to one.

Homeownership is believed to promote individuals both financially and socially. Financially, the privileged tax treatment of mortgage interest tax provide homeowners significant tax savings; and the overall costs of owning a home can be lower than renting. However, Latino owners realize fewer of these benefits as a result of being in lower marginal tax brackets and being less likely to itemize deductions. The social benefits associated with homeownership include engagement in informal forms of social interaction, development of stronger commitments to their local dwellings, and a higher sense of well-being.

There are many Latino organizations that have time and again advocated for an ending of prejudice against Latinos. The National Council of La Raza (NCLR), a Hispanic civil rights organization in the United States dedicated to improving opportunities for Hispanic Americans, has taken such issue to policymakers.
The Vice President of Housing and Community Development NCLR, Mr. Lot Diaz, recently presented a report, Improving Consumer Financial Literacy under the New Regulatory System, to the U.S. House of Representatives Committee on Financial Services Subcommittee on Financial Institutions and Consumer Credit. Among many recommendation the report proposed “……policymakers should ensure that all tax filers are eligible for the tax credit.”

Latinos too deserve equality and the first step for them could be acceptance of Individual Taxpayer Identification Number [ITIN] — a unique tax identification number issued by the Internal Revenue Service (IRS) to foreign nationals who are not eligible to receive a social security number but are required to file a tax return— instead of SSN, which would help them to benefit from the interest tax deductions.

The lack of a SSN and proper photo ID poses difficulty for some Latinos. Section 326 of the Patriot Act of 200X requires banks to verify the identity of account holders, which is a problem for undocumented Latinos looking for a loan. However, new regulations opened the door for undocumented immigrants to use alternative identification documents such as the ITIN and the Matrícula Consular for opening accounts.

However, there are no regulations regarding the use of ITINs and documents like the Matrícula Consular to get the deductions by filing a tax return or for loans. Banks and credit institution are  free to create their own policies regarding the underwriting rules for money lending and setting up the terms for the loans, including interest rates. On the similar approach ITIN and any other supporting document like the Matrícula Consular should be accepted for the purpose of claiming mortgage interest tax deduction and tax credits as well.

Bilal Hussain is a journalist, and writer. In 2009 he attended the McGraw-Hill Personal Finance Reporting Program Online Courses for Hispanic Journalists, supported by The International Center for Journalists