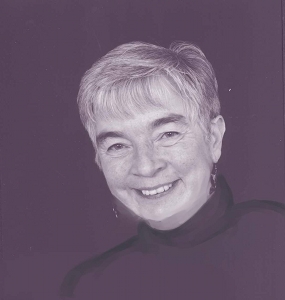 Kids need heroes here in the West. Real heroes. We need those who fight for justice and fairness and an honest day’s wage. Once upon a time, long ago, the movies or the music industry or sports were where the kids from the 50’s, 60’s, 70’s looked for role models. Those days are gone. We learned: those people were just icons to look at, and not heroes to imitate. They were never possible to imitate. In many cases, they should never have been imitated. Time taught us these facts.

March 31st was Cesar E Chavez’s birthday. Here is a man worthy of study, and imitation. Up from the heart of the West comes this hero. Struggling in a large family in Yuma of the Depression, always searching for work, the Chavez Family ‘followed the crops’. From Arizona through the length of California, they worked, they went to school, and they learned about injustice. Poorly paid, overworked, and feeling the discrimination of the wealthier classes, they persisted in being who they were, a family who would one day make a difference.

One son, Cesar, would especially make his mark on workers in the fields and leave as his legacy, the United Farm Workers Organization. The world would be different after Cesar had spoken his piece. Cesar had his heroes as well: Martin Luther King jr, and Ghandi. Even though Cesar had been to 37 different schools while picking the crops, and even though he dropped out after 8th grade, he never stopped reading. He never stopped learning. His office walls were lined with books. When he spoke, he would quote from them, and, he would write his own vision of the way to be. One thing he said often: the point of a good education is to be of service to others. Those who know more, it was his conviction, must reach out and help those who do not know as much. It was his way of life.

Never to be forgotten was his March from Delano to Sacramento, all 320 miles of it, one way, to speak to the State Legislature about Worker’s Rights and Contracts and bargaining rights. These marchers were not in the numbers of the masses that Marched to Washington behind Martin Luther King jr, but they marched. And they sang, too. De Colores was the song of that March to Sacramento as much as We Shall Overcome was the song of March to Washington. Blistered and bloody feet were the signs of the Delano marchers who never gave up and never gave in, except to justice and fairness and an day’s honest wage. Cesar Chavez, and the UFW are worthy of much praise.

A local radio man and activist for Worker’s Rights, Andrew Barbano, is sponsoring a Dinner to honor Cesar E Chavez at Circus Circus. He is buying IPods as prizes for the winning essay from our local school children on ‘Why there should be a National Cesar Chavez Day’. He organizes yearly and celebrates yearly. The UFW has a petition online, and available for printing, to make such a day happen.

California has its Chavez Day. There are celebrations for this Mexican-American who made a difference in this country. He is a hero worthy of being celebrated. Streets are named after him. Parks are so named. So too are schools.

I have said before and I will say again and again: ‘if we do not give our children heroes, they will give us gangs’. It really is that simple. The truth still remains the truth, however. We can give children all the standards we want to, but standards mean nothing. Heroes are everything.

Come March 31st, in the heart of the West, in Nevada, (a Spanish word, by the way) not many yet celebrate Cesar E Chavez. A fighter for justice, and worker’s rights, a man who motivated others constantly, is not celebrated.

Give us time. Give us knowledge. Nevada will see the light. We are a gambling state, after all, and we play to win. Cesar Chavez is a sure thing. Bet on it. Why? The fact remains: if we do not give the children heroes, they will make their own, and it shall be in the form of gangs. Therefore, in time, we too shall celebrate Cesar E Chavez as he deserves.

Georgia Hedrick is a retired teacher who writes and illustrates bilingual books, as well as does online cartooning concerning NCLB for susanohanian.org. Currently, she is painting a mural on an old Church building in Sun Valley of the Mexican Saints and Blesseds of the Cristero War era.

One Response to A Western hero to celebrate, Cesar Chavez