Between Scientific Challenge and Reputational Impact
Will the value of innovation be recognized?
By Javier Marin
Senior director
Healthcare Americas
LLYC 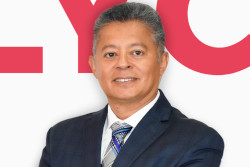 SARS-CoV-2, or COVID-19, was first detected in mid-December 2019. The virus had already spread by the time its source had been discovered because, unlike other viruses (such as SARS-CoV-1), this one can remain hidden for a long time. However, after five months of this health and economic crisis, there are now signs of hope for curing and vaccinating the population thanks to the swift efforts of dozens of scientists around the world. Every day, they are getting closer to finding a medicine that promises to end this deadly virus. Scientists in China, Germany and the United States are leading the research in the race to develop therapies and vaccines.

Today’s society is demanding a scientific and social commitment to quickly find a cure and immunize humanity. People want highly effective diagnostic tests, medicines and vaccines because there have already been 6.1 million people infected worldwide, and more than 372,000 have died.

The scientific race to create medicines to combat the virus is currently led by Gilead Sciences, the manufacturer behind Remdesivir. The company has already received an emergency use permit from the Food and Drug Administration (F.D.A.) for the treatment of certain patients who have been seriously affected by the coronavirus after clinical trials showed that Remdesivir improved recovery times and lowered the likelihood of death. Remdesivir is an antiviral medication that, according to Gilead, had previously been studied for the treatment of Ebola.

The subject of Remdesivir’s possible price following the donation of 1.5 million doses is currently a hot topic of debate among Wall Street analysts, consumer and patient rights defense groups and experts in the pharmaceutical industry. Suggestions range from a reasonable price that will not affect the company’s future profitability to selling it at-cost. The WHO recently stated that it was in talks with Gilead to ensure the product would become widely available, although the company has said nothing about price as of yet. The issue here is whether the innovation will be valued through a price that recognizes the costs of R&D (research and development) investments, as well as the impact this value may have on creating favorable or unfavorable conditions for future innovations. In other words, debate around almost-free access to new therapies and vaccines may discourage research among companies and pharmaceuticals, as they may be unable to get a return on the enormous cost of the resources used to research and develop new alternatives.

Gilead is still waiting for the drug’s regulatory approval by regulatory bodies in many countries, expected as soon as they finish the scientific studies being conducted and their results confirm the data under which Remdesivir’s emergency use was authorized in the United States. Japan also issued an emergency authorization for the use of Remdesivir as a treatment against SARS-CoV-2 just three days after the manufacturer requested approval for its new antiviral medication.

Additional challenges facing Gilead (and any manufacturer of a new drug or vaccine) come in the form of communication and networking strategies to ensure regulators, decision-makers, the medical community and public opinion value factors such as commitment, innovation and social contribution. In other words, making sure the market rewards its contribution instead of punishing it. Another critical issue for any company researching a therapy, vaccine or even diagnostic test is their active participation in the conversation to build a story aimed at generating informed allies. This can help them avoid the current situation, which is being caused by an information vacuum and can lead to incorrect product evaluations or even negative manufacturer ratings.

Pharmaceutical company Roche also received an emergency F.D.A. approval for an antibody test for the coronavirus, and it has promised swift production. Spanish company Grifols also reported its accelerated development of a high-sensitivity diagnostic test to detect the virus. There is no question about the urgent need for diagnostic tools, as well as medicines and vaccines.

In terms of achieving human immunization, the World Health Organization (W.H.O.) announced that 102 possible COVID-19 vaccines began progress around the world in the last three months, an effort made in record time. Eight of the vaccines are authorized, and seven are ready for human trials, four in China and three in Europe and the United States. Pfizer, which has expedited its research, believes it will have a vaccine ready by the end of the year. Virologists such as Luis Enjuanes, Isabel Sola and Sonia Zuñiga from the Spanish National Biotechnology Centre (CNB-CSIC), however, believe it will take between 12 and 18 months to have a vaccine ready, even under the best of circumstances.

Although progress on this research is hopeful, health authorities such as the WHO, scientists, specialists and the medical community are concerned by government decisions to lift restrictions too early due to pressure from the widespread economic crisis, as the economic crisis may be worse for some governments than the pandemic itself, thus far. The decision to place the economy above people’s health may be counter-productive, because it increases risks of a second wave of infections, which could mean an even heavier blow to the economy.

In a situation such as this, the pharmaceutical industry is facing its largest reputational challenge of the last decade. On one hand, the research and development of a product capable of saving lives is always valued but, on the other, there is a persistent belief that any scientific advancement should be made available for free.

Faced with this situation, any pharmaceutical company dedicating itself to the research and development of medicines and vaccines must consider a global and local engagement strategy because, given the emergency, it is possible regulators in various countries might issue approvals based on the criteria of major agencies such as the F.D.A., Europe’s E.M.E.A. (European Agency of Medicines) in order to avoid the periods stipulated by each agency individually. This strategy should include a story adapted to different audiences and channels; in other words, it should support global communication that allows for localization and sensitivity to the immediacy and transparency required, playing a highly active role in conversations taking place among various key audiences, such as local authorities, the medical community and journalists. This will help avoid information vacuums, which could have a negative impact on perceptions of the company and its future business ventures.

For now, there is a great deal of information available about the research and development of medicines and vaccines. Although how long it will take to produce them and access the results is uncertain, widespread hope in innovation remains strong. The current situation has created an opportunity for pharmaceutical companies to turn perceptions around and build ties with their audiences to ensure citizens appreciate these companies’ valuable social contributions during in this pandemic: New and effective medicines and vaccines.

Have an action plan. The companies focusing their efforts on researching and developing innovative therapies, diagnostic tests and potential vaccines should have action plans in place to prevent certain scenarios or reactive responses. Being prepared to act swiftly, with pre-defined procedures designed to help avoid improvisation, is essential. Governments, the medical and scientific community and society in general are all awaiting the results of this research on and development of new alternatives. Never before has scientific information been given so much space for communication and discussion in traditional and online channels, meetings and media. Being ready is, therefore, a top priority.

Construct a narrative. In a context of uncertainty, in which society feels vulnerable and all hope has been placed on the shoulders of public health experts, scientists and pharmaceutical companies, there is a clear need for safe and effective vaccines and drugs to address the healthcare emergency. This context represents a unique opportunity for companies to build a narrative capable of changing negative perceptions and reclaim the value inherent to the pharmaceutical industry, which is a fundamental player in improving health systems and allowing doctors to help their patients. Properly communicating the high costs and intricate processes required to produce effective and safe medicines, especially at a time when a swift response is necessary, can help earn the industry a positive position for its social contribution. After all, it is researching to improve and save lives.

Understand the conversation and play an active role. Social media occupies an ever-increasing space in the conversation, and companies cannot remain outside of this conversation, which ranges from speculation to active reporting on scientific advancements, public policies and social responses. Companies should play an active role by implementing a system that enables them to analyze, filter and evaluate content, as well as by participating using a suitable narrative. This will generate leadership with credibility and confidence.

Use a global strategy and adapt it locally. It is essential to locally adapt any global action. In other words, companies should communicate the same core message while identifying targets and opportunities with regulators, opinion leaders, decision-makers and the media. These groups will not only value being given first-hand information, but will also act as informed audiences that can change perceptions of the company and help prevent the kinds of information vacuums that generate negative perceptions.

Tailor your story to different audiences and channels. Companies should be able to identify their main audiences, their information needs and the most effective channels for communicating that tailored information. This will guarantee an effective communication and networking plan capable of making sure the core message is understood, with a focus on achieving specific objectives for each audience.

Act with immediacy and transparency. In situations such as this healthcare emergency, information should be distributed clearly and properly. The concept of “immediacy” takes on particular relevance in preventing speculation and distrust toward the company. It also helps businesses win space and quench the thirst for news. In addition, it is important to communicate transparently. All information provided should be clear, and any issues that cannot be communicated should be explained; for example, is the information confidential, or is it not yet available (e.g., conclusive results from scientific studies)? It is critical to take positions that enable clear, appropriate responses.

Javier Marín, based in Mexico, has a professional career of more than 20 years in the Health sector, with experience in designing government social communication campaigns, as well as communication, public affairs, and market access strategies for global pharmaceutical companies. He specializes in communications for the pharma industry. This is not related to any of his clients now.