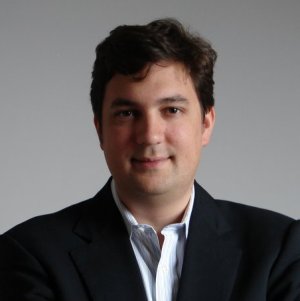 I decided to write this as a result of a conversation I had with a client of mine who, like many others I’ve talked to, was growing desperate and impatient with a colleague of hers in Latin America. As most multinational corporations do, her company has offices in just about every Latin American country and dealings between U.S. workers and local, in-country workers is something that happens frequently. These dealings are usually far from smooth. Americans complain that Latin Americans just go around in circles when asked a direct question- “I just get spin from them, no answers” my client said. Conversely, Latin Americans complain that Americans are too succinct, too impersonal, and too impatient.

My wife, who is a licensed attorney in both the U.S. and Latin America, told me something when she was studying at Northwestern Law School which I believe helps to understand the root of this stress and thus alleviate it, but can also help marketers in the U.S. to build more compelling communications aimed at U.S. Hispanics, particularly those less acculturated.

To sum it up, think of American culture and language as an upright triangle. When asked a question like “what is your favorite color?” most Americans tend to then work down from that question and explain the reasoning behind the answer. So, a typical answer would be “my favorite color is blue, and this is why…” Latin Americans, on the other hand, deal with questions in a totally different way- more like an inverted triangle. When asked the same question, Latin Americans would answer something along the lines of “when I was a kid I preferred yellow because the flag of my favorite sports team was yellow, but then I started to like black because of the color of my first girlfriend’s eyes…etc” until after a rather long a personal dialogue they answer “so my favorite color is blue.”

Neither is right nor wrong- they’re just different. Americans expect an answer upfront followed by supporting arguments. Latin Americans first give the supporting arguments that lead down to the answer. This is not a language issue, it’s actually an issue that is strongly influenced by what is considered a persuasive argument in each region. When my wife went to law school in Latin America, she was taught that a persuasive legal argument was delivered by providing supporting thoughts, then the punch line. But at Northwestern, she was taught that a persuasive argument starts with the punch line and is followed by supporting thoughts.

Finally, this isn’t only a language or rational issue. A Latin American can feel offended by such a direct and impersonal approach, which lends insight into how to create brand trust among U.S. Hispanics (especially the less acculturated). Hispanics, I believe, are less moved by mass media vehicles and tend to be more receptive to grass roots. They like the personal, “let’s take our time” approach. Not that mass media isn’t effective- it is, but this dilemma helps explain the well-known effectiveness of grass roots among Hispanics. Also, although it’s hard to build any sort of argument in 15 or 30 seconds, an inverted story-telling technique is probably more effective in radio and TV, further proving why general market ads for Hispanics aren’t a good idea. © 2006 Cheskin

Miguel consults with companies to assess market opportunities, help design ways in which to enhance customer experience, and to guide innovation in a way that is meaningful to consumers. He has worked with companies across several verticals including, but not limited to: financial services, CPGs, QSRs, cable TV and telecommunications, entertainment, healthcare, HBAs among others.

Read Miguel’s chapters on “Qualitative and Quantitative Research Strategies” and “Segmentation by Level of Acculturation,” in