Micro-Influencers Are the Future of Marketing 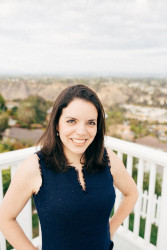 In this age of social media and personal branding, people are more attuned than ever to the PR-speak, photo-shopped images and marketing tactics that brands engage in. As a result, audiences have shown an affinity towards those brands that present a more “authentic” version of themselves – that is to say, a version that takes a more active role in addressing real world issues and promoting diversity. As a result, many brands have looked to influencer marketing to bring them additional credibility. However, as consumers grow increasingly cynical not only of brands but of the influencers who peddle their products, brands have to find new ways – and new influencers – to increase trust.

Enter the micro-influencer. Unlike celebrity influencers, micro-influencers have much smaller audiences, but they also tend to have higher levels of engagement. Their audience is made up of dedicated, high-quality users, and they achieve this status because they are perceived to have higher levels of credibility. In other words, they’re just popular enough to be able to make some money out of their social media platforms, but not big enough that they can quit their day job. It’s this aspect of it, the fact that they’re not entirely beholden to brands to make their living, that potentially increases their trustworthiness amongst social media audiences, and makes individuals more likely to accept their recommendations.

There is no standard definition for a micro-influencer. Hubspot defines them as “individuals who have between 1,000 and 10,000 followers on social media,” although as others point out, what matters most is the amount and quality of engagement that these influencers garner. For example, someone with fewer than 1,000 followers might be able to get more engagement per post than someone with an audience five times larger, which would make them a more valuable partner.

Micro-influencers are particularly valuable for marketers looking to target a specific category. Let’s say that a brand that makes art materials is looking for influencers to market their new line of watercolors. Now, if they were to pay a top celebrity influencer like a model or beauty blogger to post about their product, audiences would immediately be able to tell that it was an ad, and their esteem of both the influencer and the brand might drop. At the same time, it’s unlikely that a large proportion of that influencer’s audience would be interested in the product in the first place, making it even more of a waste of resources.

If, however, they were to enlist a micro-influencer who is themselves an artist, and has shown themselves painting with watercolors many times previously, then the paid post will seem less out of place, and more like a natural extension of that person’s online persona. Additionally, the people who follow that person clearly show an affinity for that medium, which makes them a better sales target. Although that influencer might not have the same scale, they have the high-quality, engaged audience that they – and the brand – need to be successful.

At the moment, the industries that are turning to micro-influencers most are the travel, beauty and fashion industries, which makes sense considering that these are the same categories that perform well on social media sites like Instagram. A survey conducted by marketing platform SocialPubli found that 84 percent of micro-influencers recommend products or services at least once a week, with 99 percent of respondents saying that they genuinely believe in the products they recommend. (Of course, one would hardly expect them to say otherwise!) What this says is that brands that do opt to use micro-influencers can count on their whole-hearted support, as well as their enthusiasm for the product – an enthusiasm that carries over into their social media posts.

At the end of the day, what brands really care about are results. Micro-influencers provide them. Research done by the Keller Fay Group and Experticity found that a remarkable 82 percent of respondents said they were “highly likely to follow a micro-influencer’s recommendation.” Additionally, those who said they would accept an influencer’s advice said it was because they found the person “more credible and believable… more knowledgeable… and better at explaining how the product works or could be used.” The survey also discovered that most of the recommendations being made are happening face-to-face (ie. in one-on-one conversations), something that would be impossible to manage with hundreds of thousands of followers.

The appeal of micro-influencers lies in the fact that they appear to be subject matter experts in their given niche, in addition to being much more accessible than celebrities. This allows them to emphasize their authenticity and credibility, which makes their partnerships with certain brands seem more like a logical extension of their existing work. For brands looking to build trust with consumers, micro-influencers are a must.