Understanding Addiction in the Workplace 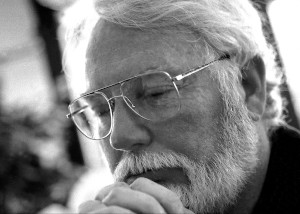 Addiction is a truly universal illness. It spares no demographic, cutting across all social boundaries: income, gender, ethnic background, age, and occupation. It can afflict an upper level executive, a physician or lawyer, a ditch-digger or a sales clerk. Substance abuse is found in every part of the world, with a prevalence of about ten percent. If you’re sitting at a meeting of sixty people, it’s likely that six are afflicted by addiction in one form or another.

When sober, addicts are wonderful people: kind, generous, and thoughtful. They are intelligent, hard-working, and creative. But when drunk or stoned, they become unreliable, dishonest, even mean. You will remember Dr. Jekyll, who injected himself with cocaine, unleashing the perfectly terrible and homicidal Mr. Hyde.

For many, it’s hard to understand what’s going on here. A good and valued employee, when given chance after chance to change his ways and stop drinking, nonetheless hangs on another bender at the worst possible time. Why doesn’t he just quit like you and I did?

The answer is that addiction is not due to a lack of will power. It is a disease. (While it’s popular today to say that “addiction is a choice,” it’s important to remember that the American Medical Association recognized it as a disease back in 1948. Using is a choice, but addiction is a disease.) The disease can be inherited, but like diabetes, once it manifests itself, it will never go away. A diabetic can never eat cake and ice cream without his blood sugar skyrocketing. An addict, once he takes the first drink or drug, cannot stop, at least until he runs out of get-highs or passes out. In some poorly defined manner, the body chemistries of both the diabetic and the addict have changed. Some invisible line has been crossed, and neither can go back again.

Why does the addict suddenly succumb to his drug of choice when everything is seemingly going well? The answer lies in understanding the process of “craving,” an uncontrollable urge that comes unbidden out of the blue. This characteristic only occurs after the disease has become manifest; it appears to be hardwired into the brain and will never go away. Suddenly, without warning, the irrepressible urge to use will appear and without any thought for the possible consequences, the addict will pick up again. The sure knowledge that they will likely fall back into the pattern of abuse is overwhelmed by this insane thought.

The disease of addiction is chronic, relapsing, and fatal if untreated. It can be inherited or it can skip generations. Besides substance abuse, the addict can present as a workaholic, a compulsive gambler, a kleptomaniac, even hyper-religious. Obsessive-compulsive disorders and Post Traumatic Stress Disorder are related forms. Some form of mental illness often accompanies the disease, for example, clinical depression, bipolar disease, and various personality disorders. Failure to treat both the addiction and the mental illness usually results in relapse of both.

The disease is insidious, slowly destroying the mind, the body, and the spirit, so any treatment for the illness must address all three areas in order to be successful. Altered thinking, damage to various body systems, and moral bankruptcy have overcome the addict. Thus, a major rearrangement of a person’s thinking, attitudes, and behaviors must occur in order for them to find long-term sobriety. New priorities, goals, and values must become established. All these take time and commitment.

Because of the damage done to a person’s thinking, behavioral modification must begin at the level of abstinence. While the brain poisons will drain from the body after a few days, the long-term damage to their thinking will take months to recover: which is why 28-day programs are simply not long enough. For example, in house treatment for the impaired physician often takes from three to five months, followed by intensive follow up. But these doctors will be clean and sober, and practicing medicine, five years later. At one year, standard 28-day programs achieve only ten percent sobriety, and Alcoholics Anonymous just twenty percent.

I can’t tell you if you’re an addict or not. It is a question only you can answer. Hearing it from a judge, a doctor, or a minister is of no use. The pleadings of a boss or a wife will fall on deaf ears. Only when the addict is ready to quit will recovery from addiction be possible. Usually this occurs when they realize that life cannot go on as it has. They must reach a point of quit or die. They must recognize the nature of their illness, and find the honesty to look deeply at themselves.

There are many treatment options. According to one article from January 2011 (How Alcoholics Anonymous (AA) and Narcotics Anonymous (NA) Work: Cross-Disciplinary Perspectives by Amy R. Krentzman, Ph.D., Elizabeth A. R. Robinson, Ph.D., Barbara C. Moore, Ph.D., among others published online in Journal Alcoholism Treatment Quarterly), Alcoholics Anonymous and Narcotics Anonymous are useful. Inpatient and outpatient rehabilitation both can be successful. But successful treatment is not a goal to be achieved, there is no graduation, no diploma, but rather the beginning of a lifelong process.

Recovery is described by some as “long-term sobriety,” normally measured at one year. It was difficult to obtain verifiable statistics in this population. The usefulness of self-help groups is to sustain the newly acquired spiritual fitness which long-term recovery requires. Although response rates are low, a successful program will return the addict to society as a useful and productive person. Turns out, and this is from personal experience, life in recovery, walking a spiritual pathway, is full, rich, and leads to serenity and happiness.

Linville M. Meadows, M.D.’s recovery from addiction to drugs and alcohol began May 7, 1997. Since then, he has counseled a large number of addicts and alcoholics striving to get clean and sober. His observations and study over the last 20 years form the basis for A Spiritual Pathway To Recovery from Addiction, A Physician’s Journey of Discovery. He and his wife Ann live on a hobby farm in the Blue Ridge Mountains of Virginia.