The forgotten American Apartheid: how women fought for their right to vote 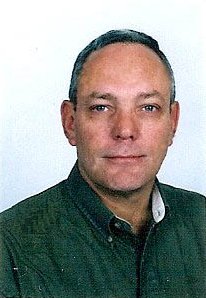 Senator John McCain and the Republican party in a bold political move (or should we say in a well asserted political marketing strategy?), provided the option to women voters that the Democrats discarded during the primaries; to place a female figure in the new administration at the White House.

If McCain is elected, this will be the first time in American history a woman will enter the Oval Office as an official team member with the potential to become president in case her boss passes away. That move from McCain’s camp paid off: A new Washington Post/ABC News survey finds McCain is now ahead of Obama by 12 points among white women, 53 to 41 percent.

Last month, Senator Obama held an eight point lead over McCain among white women voters in the same poll, representing a stunning, 20 point shift among that group. There is not doubt in anybody’s mind that the female electorate, along with the other two main minorities, Hispanics and Afro-Americans, will hold the wild card in the coming elections.

But this achievement was almost unthinkable less than a century ago, when women were forbidden from attending the polls, even those that dared to ask for this democratic right suffered imprisonment and even torture by the establishment.

Our great-grandmothers and grandmothers had to put a fiery fight against Woodrow Wilson’s democratic administration in  in order to be recognized as a participating part in the democratic exercise of power.

As a homage to those courageous women at the beginning of the XX century, we remember those moments when unimaginable sacrifices were made to assure something that today many think of as granted.

Remember, it was not until 1920 that women were allowed to attend the polls and vote. They were innocent and defenseless, but they were jailed nonetheless for picketing the White House, carrying signs asking for the vote. And by the end of the night, they were barely alive.

Forty prison guards wielding clubs and their warden’s blessing went on a rampage against the 33 women wrongly convicted of obstructing sidewalk traffic. They beat Lucy Burns, chained her hands to the cell bars above her head; and left her hanging for the night, bleeding and gasping for air.

They hurled Dora Lewis into a dark cell, smashed her head against an iron bed and knocked her out cold. Her cell mate, Alice Cosu, thought Lewis was dead and suffered a heart attack. Additional affidavits describe the guards grabbing, dragging, beating, choking, slamming, pinching, twisting and kicking the women.

Thus unfolded the Night of Terror on Nov. 15, 1917, when the warden at the Occoquan Workhouse in Virginia ordered his guards to teach a lesson to the suffragists imprisoned there because they dared to picket Woodrow Wilson’s White House for the right to vote.

For weeks, the women’s only water came from an open pail. Their food, all of it colorless slop, was infested with worms.

When one of the leaders, Alice Paul, embarked on a hunger strike, they tied her to a chair, forced a tube down her throat and poured liquid into her until she vomited. She was tortured like this for weeks until word was smuggled out to the press.

Some women won’t vote this year because they have many chores to do that day. They have carpool duties, to take down the kids to soccer practice, to get to work, or even worse, the self-defeatist idea that “our vote doesn’t matter” or “no matter who we elect everything will continue to be the same.” Then, what about the battle those XX Century women waged so future generations could pull the curtain at the polling booth and have their own say in their country’s affairs.

Yes, democracy gives everyone the right of attending the polls, but this simple exercise of participation means a lot in the years ahead. This coming November 4th, the United States will not only will elect its 45th  President, but it will set a new course in the American political landscape.  Not just because the Democrat candidate has a darker skin that the preceding residents in the White House, or because a woman integrates the Republican ticket, but for the possible change of perception Americans have of themselves as a country.

Jacob Weisberg, an American political journalist, currently serving as editor-in-chief of Slate Group, a division of The Washington Post Company, and a columnist for the Financial Times, said in one of his latest columns that “many have discourse on what an Obama victory could mean for America.  We would finally be able to see our legacy of slavery, segregation, racism and our long attitude of xenophobic to foreigners in the rear view mirror” of American history.

“It will allow us to go to the next page and start a new chapter for us and the world,” assured Valentina McPhearson, an American expatriate living in Caracas and one of the very few United States citizens in Venezuela that will cast their absentee ballots next November.

One big winning card under the sleeve

Minorities will have a major role in the Nov. 4th  election  and Hispanic women among them will be an important factor on the final outcome. According to the National Association of Latino Elected and Appointed Officials (NALEO), at least 9.1 million Latinas are U.S. citizens 18 years or older, the population of Latinas generally eligible to register to vote and cast ballots in November’s presidential election.

In the last three Presidential elections, points out NALEO, female voters have tended to turnout in slightly higher rates than male voters, and Latina turnout rates have been slightly higher than the comparable rates for male Latinos. For example, in 2004, 49% of the Latina electorate cast ballots, compared to 45% of the male Latino electorate
The issue that concern Hispanic women the most, right after the war in Iraq, is immigration. They consider that the Republicans haven’t fulfilled their expectations in the last eight years.

Gabriela Martínez, a young Mexican woman, was recently deported back to her country of origin. The mother of a nine year old boy born in the United States, she said in an interview with BBC International, that many of her fellow Mexican women that had obtained their citizenship will cast their ballots having immigrations as their major concern.“I was deported because American authorities considered me a threat to U.S. security”, said Martínez to the BBC correspondent in Mexico City.

“That’s bigotry and a big injustice, all I did while I was in el Norte was to work and raise my kid.”

The Latina electorate includes women from many countries and sub-groups. Over half are Mexican (56%), 15% are Puerto Rican, 5% are either Cuban, Central American or South American, and 3% are Dominican.

But even those born American citizens as Ivonne Pico, a Puerto Rican housewife living in Providence, Rhode Island, says that Hispanics are united under the immigration problem and reject how the present administration has unfairly treated Hispanics without a legal status in the country.

“Both parties better come with clear message on this subject if they want to win, because Hispanics, and mostly the women, have the winning card under our sleeves,” said Pico.

But besides the immigration problem Hispanic women have other deeper reasons for attending the polls next November.  In many of their countries of origin democracy is sometimes more a privilege of a few than a constitutional right of the many. Or yet worse their ballots are worthless because the actual regime shamelessly manipulates the outcome.

Also, for many Hispanic women voting is an opportunity to challenge the macho social prevalence in their own cultures.  It gives them the chance to send the message to their male fellows “we are just as equal to you as you are to us,” something unthinkable in many countries south of the border.

Just as former President Theodore Roosevelt said once: “A vote is like a rifle; its usefulness depends upon the character of the user.”

Hector Hereter is an independent public relations consultant and has worked on special assignments for Fortune 100 companies in the oil and airline industries. He lives in Caracas, Venezuela.

One Response to The forgotten American Apartheid: how women fought for their right to vote