Latinos save less for retirement – part one

But how well do they understand the 401(k) plan? An overview of the lack of financial information in Spanish (Part one of a two part article)
By Silvia Pingitore
Journalist, writer and illustrator 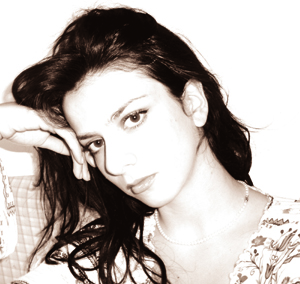 The study 401(k) plans in living color – published by the business consultant Hewitt Associates and the non-profit educational foundation Ariel Investments – made a large scale analysis of 401(k) participation by race, studying the ethnic disparities in retirement savings.

Examining 3 million 401(k) plans at 57 corporations among the largest firms in the United States, this landmark study has shown that African-American and Hispanic workers save significantly less for retirement than their white and Asian colleagues.

“Since 401(k) plans are now the primary retirement savings tool and the savings disparities are so significant, it’s apparent that minorities are likely to retire with less financial security” – said Mellody Hobson, president of Ariel Investments in a statement – “without a significant effort to improve savings and investing behaviour, African-American and Hispanic workers are in danger of retiring into poverty”.

Just 65 percent of Hispanic workers participate in their company’s 401(k), while 66 percent of African-American employees, 76 percent of Asians and 77 percent of whites enrol. Among them, Latinos contribute 6.3 percent of their income, whites 7.9 percent, Asians 9,4 percent and blacks only 6 percent.

Partly due to a poor understanding of retirement plans, this lower rate of contribution indicates that Latinos are less liable to invest in stocks and have a lower account balance.

The inadequate insight into retirement planning reflects a general misunderstanding of the US financial system among the Hispanic population, from housing to mortgage, from lending to investing: due to a general mistrust and diffidence in the bank system, Latinos are less likely to open a checking account or a credit card account.

In view of the wide range of cultural, social and linguistic barriers, there are several potential reasons for this situation.

“Compared to whites, Hispanics are also relatively young, not as highly educated, concentrated in high-cost regions, such as New York and California, where homeownership can be less attainable, and are much more likely to be immigrants” – explained Mark Lopez, associate director of Pew Hispanic Centre – “all of these factors contribute to lower levels of wealth but are also self-correcting to some extent; the wealth gap should shrink as the Latino population ages and acquires greater education, especially college degrees”.

He said the Hispanic population is starting to penetrate into new settlement areas, such as Nashville, Omaha and Raleigh, where the cost of living is lower: a trend that may help more Latino households become homeowners. After assimilating into labour and financial markets as immigrants, their income and wealth rise naturally.

“Although the process of assimilation is not complete in the sense that it leads to wealth parity” – Lopez concluded – “it does eliminate much of the initial wealth gap between immigrants and native-born households”.

The initial gap preventing a clear understanding by Latinos would seem to be predominantly linguistic: the Pew Hispanic’s study English Usage Among Hispanics in the United States reported that just 23% of adult first-generation Latinos can carry on a conversation proficiently in English. Moreover, the majority of foreign-born Hispanics (52%) speak only Spanish at home.

The study Latinos online done by Pew Internet and American Life Project also discovered that Hispanics with lower levels of education and proficiency in English remain largely disconnected from the web: just 56 percent of Latinos in the United States use the Internet, and merely one in three Latinos who speak only Spanish goes online.
These circumstances keep them in the dark relating to financial topics, such as the 401(k) plan.

In addition, since the media very rarely focus on Hispanic issues – which worsens the lack of financial information in Spanish – how can Latino consumers gain knowledge of retirement plans such as 401(k) options and individual retirement accounts?

None of the top ten 401(k) providers classed by www.401kday.org in the Hot list II of 401(k) Plan Administrators has an easily comprehensible Spanish version in its website.

Xavier Serbia – author and financial commentator with one of the rare helpful financial websites in Spanish www.xavierserbia.com  –  spells out this lack of financial information in Spanish.

Click here to read part two of this article.

Silvia Pingitore is an Italian journalist, writer and illustrator. In 2009 she attended The McGraw-Hill Personal Finance Reporting Program Online Courses for Hispanic Journalists, supported by The International Center for Journalists in Washington.

2 Responses to Latinos save less for retirement – part one