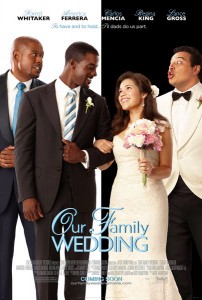 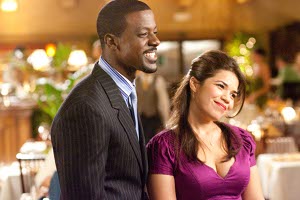 Lucia (America Ferrera) and Marcus (Lance Gross) are newly engaged. As they plan their union they learn the hard way that the path to the wedding involves family related challenges. Saying “I do” can be rife with familial strife. According to promotional materials, their fathers (Forest Whitaker and Carlos Mencia), two highly competitive men with big egos, stand between them and their special day.

Lucia’s mother (Diana Maria Riva) is busy planning the wedding of “her” dreams. Only Angela (Regina King), the groom’s father’s best friend and lawyer manages to keep her cool when the madness reaches a crescendo.