How soon will things get better? 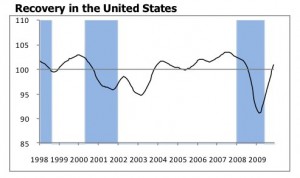 With an additional 85,000 jobs lost in the United States last month there is no doubt that joblessness has become the leading and most serious indicator of our nation’s economic crisis. According to a recent The New York Times article, as of December 2009 most unemployed Americans remain in that state for 29 weeks, the longest since the government began tracking that data in 1948. In order just to keep pace with new arrivals into the workforce the country needs 100,000 new jobs a month. There simply are not enough jobs. Worst of all there is no prospect of enough new jobs developing anytime soon. Are things getting better elsewhere?

At the end of last week the Organization for Economic Co-operation and Development (OECD) which tracks changes in 29 countries announced its composite leading indicators or CLIs for November 2009 point to “stronger signals for recovery than last month’s assessment.” Researchers calculated CLIs for 29 OECD countries and 9 zones.

Analysts at the Paris-based organization interpret the new data to indicate an upward movement in the index of industrial production for the seven countries they examined, except Canada and the United Kingdom. The release also indicates that the CLIs for those major seven countries (Canada, France, Germany, Italy, Japan, United Kingdom and United States) moved above their long-term trend, indicating “an expansionary outlook relative to trend.” The organization’s data for major non member countries economies points to a recovery.

What these numbers mean to everyday people in practical terms is anyone’s guess. For now, it seems to offer a small glimmer of hope that the famous V shape of the economic trend is moving up and away from the bottom in some countries. 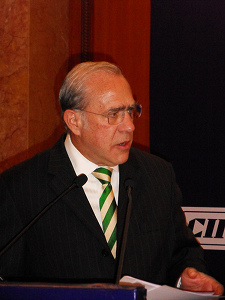 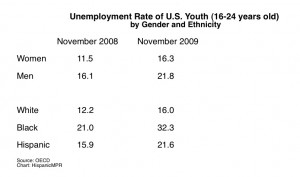