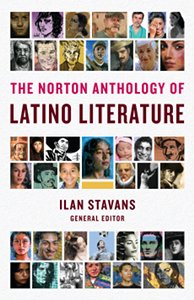 The Norton Anthology of Latino Literature

A compendium of the Latino literary tradition, The Norton Anthology of Latino Literature (W. W. Norton; $59.95) is due to be published in hardcover September 13, 2010. The heavy hardcover book has 2,489 pages plus 177 appendix pages. The book features the work of 201 Latino writers from Chicano, Cuban-American, Puerto Rican, and Dominican-American traditions, and writing from other Spanish-speaking countries. Works from writers of Brazil, Portugal and the Philippines were excluded.

Ilan Stavans, a cultural critic and Lewis Sebring Professor of Latin American and Latino Culture at Amherst College, was the general editor of the title which traces five centuries of writing, from letters to the Spanish crown by sixteenth-century conquistadors to the expressions of twenty-first-century cartoonists and artists of reggaeton. It took 13 years to gather the information and make the book a reality.

The selection was based on four thematic emphases: identifying Latinos for purposes of the book as those writers from Spanish speaking countries living in the United States regardless of the length of time they resided in the country or their race while taking into account that the events and circumstances of more than one nation may have influenced some of the authors. 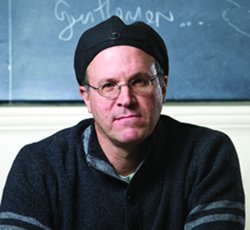 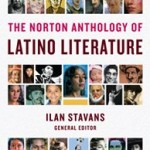 Click here to buy The Norton Anthology of Latino Literature