Listen to podcast with Beth Blatt, CEO, Hope Sings about microfinance and her company

A podcast interview with Beth Blatt, chief executive officer, Hope Sings is available in the Podcast Section of Hispanic Marketing & Public Relations, HispanicMPR.com. During the podcast, Beth discusses microfinance and her company with Elena del Valle, host of the HispanicMPR.com podcast.

Beth has a broad range of creative and corporate experience in the United States, Asia, Europe and Latin America. She is a theater writer, and has also written for television, radio, newspapers and magazines. She produced television for TV Tokyo and worked in account management at Ogilvy & Mather/NY advertising. As an actress, she appeared on stages and screens internationally including the film Godzilla versus Biolante. She is a graduate of Dartmouth College.

To listen to the interview, scroll down until you see “Podcast” on the right hand side, then select “HMPR Beth Blatt,” click on the play button below or download the MP3 file to your iPod or MP3 player to listen on the go, in your car or at home. To download it, click on the arrow of the recording you wish to copy and save it to disk. The podcast will remain listed in the December 2010 section of the podcast archive. 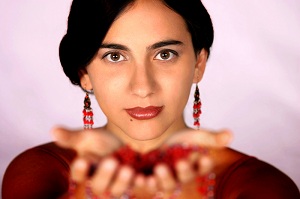