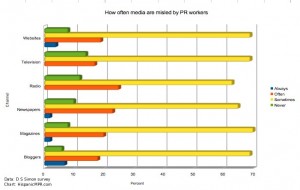 The Media Influencers Report, the result of an online survey via Survey Monkey of 300 reporters and producers at TV, radio, newspaper, magazine, web media and bloggers, was recently released by D S Simon.