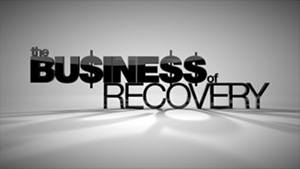 The Business of Recovery

Photos, video: The Business of Recovery

It took the filmmakers behind The Business of Recovery (thebusinessofrecovery.com/) four years to complete the 81-minute documentary targeting “The overwhelming number of people who have been affected by addiction…directly or indirectly.” In June of 2016, they released the film to the public via iTunes, Amazon and Google Play. It was recently screened at the Palm Beach Film Festival. Scroll down to watch a trailer of the film.

According to the Center for Disease Control, in 2015 some 88,000 people in the United States died of alcohol abuse and 47,000 died of a drug overdose. Every day 6,300 people seek addiction treatment at 14,000 treatment centers across the nation; and addiction treatment revenue has increased from $9 billion in 1986 to $34 billion in 2016 while drug overdose rates have tripled, according to The Business of Recovery.

Ninety percent of the centers base their treatments on Alcoholics Anonymous Twelve Steps principles despite abysmal rates of recidivism, according to the documentary. A spokesperson for the National Institute on Drug Abuse explains on camera that there is only anecdotal evidence of limited success for Alcoholics Anonymous treatment. At the same time, there are 60,000 sober living homes across the country with little or no regulation.

“Our goal in making The Business of Recovery was to demand the addiction treatment industry change the way addiction is treated in three primary areas: Better educated and medically licensed professionals in charge of addiction treatment, Regulations to protect the patient and align addiction treatment facilities with medical standards, the use of scientifically proven treatments (empirical, not evidence based),” said Greg Horvath, producer of the film, by email.

He and a close friend financed the documentary, which cost less than one million dollars to make. The producers spoke to hundreds of people, interviewed over 60 families, addiction experts, treatment providers, doctors, and scientists from across the United States. 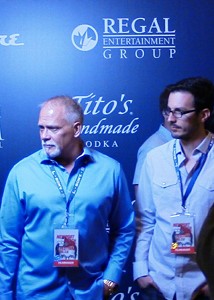 “The toughest challenge was assembling the enormous amount of information we gathered and create a film that would help educate people that for as ‘medical’ as the addiction treatment industry sounds and acts, it lacks most if not all of the rigors of science that are applied to medical treatments,” Horvath said when asked about the greatest challenge and biggest reward of the film project. “And it is all but absent of regulations to protect the patient and align addiction treatment facilities with medical standards. The greatest reward has been the ground swell of public support the film has received, and to see some aspects of the industry slowly starting to change.”

When asked what marketing strategies they had used to promote the film he said, “Our strategy was to create public interest in the film thru film festivals and other screenings. The Business of Recovery premiered at the Newport Beach Film Festival to three sold-out audiences and has been screened across the United States (and Canada) to many other sold-out audiences at film festivals, prestigious post-secondary institutions (including Columbia University Medical School in NY, UC Irvine School of Medicine and School of Law in CA, and Spalding University, School of Professional Psychology in KY, to name a few), and many other public and private screenings. As well, it was one of only four films invited to screen at the International Drug Policy Reform Conference in Washington, DC.”