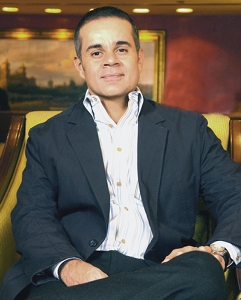 Prior to joining AOL in early 2008, Edgar served as account director at SpikeDDB, where he managed the Frito Lay and Royal Caribbean International accounts, as well as various agency projects for Turner Network Television and Acuvue Contact Lenses. Before joining SpikeDDB, Edgar was account supervisor with Mosaica, a Young & Rubicam Hispanic ad agency, where he managed campaigns directed at the Hispanic market. He began his career with The Innova Group, a Yankelovich Partners affiliate in Mexico and Argentina, where he was part of the team that launched the Yankelovich Mexico Monitor.

Edgar received a Bachelor in Science in advertising and a Masters in Business Administration in marketing from the University of Florida. He is fluent in Spanish and French.

To listen to the interview, scroll down until you see “Podcast” on the right hand side, then select “HMPR Edgar Ochoa,” listen to it on your cell phone through VoiceIndigo (click on the Mobilize button), click on the play button below or download the MP3 file to your iPod or MP3 player to listen on the go, in your car or at home. To download it, click on the arrow of the recording you wish to copy and save it to disk. The podcast will remain listed in the April 2009 section of the podcast archive. 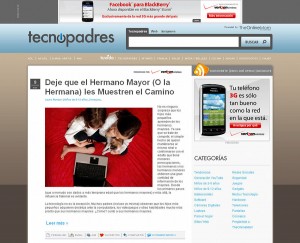 AOL is now in the publishing business. Earlier this year, the company established MediaGlow, a publishing business unit and plans to launch 30 websites this year. Latinos in the United States (and Latin America) are part of AOL’s target audience. As part of its efforts to reach Spanish dominant Hispanic women through a series of websites, AOL Latino recently launched TecnoPadres.com, a new website offering new technology information for parents. Company executives expect about 60 percent of the website’s audience to be Hispanic.

The idea is for the Spanish language website to become a resource for parents to learn and understand technology, especially in relation to their children and their online safety. The website, sponsored exclusively by Verizon Wireless, is part of part of AOL Latino’s women’s lifestyle network Tu Vida y Más. 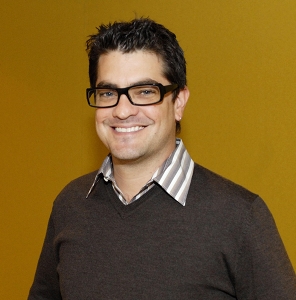 “TecnoPadres.com will be a valuable resource for parents to learn how to keep their children safer online and to understand and relate to the technology that is increasingly shaping their children’s lives,” said Miguel Ferrer, director of AOL Latino. “TecnoPadres is an important new venture for AOL Latino, not only because the Latino parent market is largely untapped but also because it shows we continue to be forward thinking when it comes to showing leadership within the Latino category.”

The Nuevo Esta Semana (New This Week) section will highlight staff picks of the newest and most relevant weekly features in websites, helpful tips and games. There are also plans in place for company produced videos visitors can watch, along with pre-roll commercials, on an embedded video player.

In the works is a video on how parents can set parental controls. Online safety for children is a topic AOL has addressed in the past in other forums. In September 2008, AOL launched SafetyClicks.com, offering online safety education. It recently introduced an updated version of its free, downloadable parental controls software for parents who want to supervise their children’s activities online.

AOL Latino, a bilingual portal for U.S. Hispanics, offers U.S. and Latin American news, financial tools, music and entertainment, personal finance, sports, fashion and beauty content as well as fee free email and instant messages. The website had 1.6 million unique visitors according to January 2009 comScore Media Metrix data, ranking it as one of the top three bilingual portals for Hispanics. 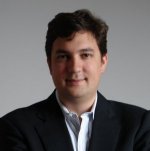