Arizona university seeks to recognize journalists in under served communities 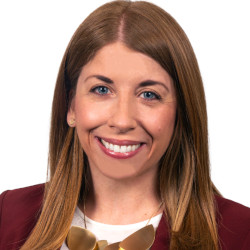 The Walter Cronkite School of Journalism and Mass Communication at Arizona State University pursuing its mission of “supporting communities of color, immigrants and LGBTQ+ individuals” is administering the Shaufler Prize in Journalism for its second year. According to a spokesperson who responded to questions via a public relations person via email, the contest “is open to all professional and student journalists, working at outlets of any size. We encourage entries in all formats, including video, audio, web and traditional print.”

Winners receive $20,000 in cash awards in the professional and student journalist categories. The first-place winner in the professional media category will receive $10,000. Second and third place winners will receive $3,000 and $2,000, respectively. The winner in the student category will receive a $5,000 award, according to a press release. In 2021, Paul B. Anderson, principal, of Seattle-based Workhouse Media, established the Shaufler Prize in Journalism in honor of his late friend, Ed Shaufler, who cared about promoting the understanding of underrepresented people, according to a press release.

“The Shaufler Prize, now in its second year, recognizes the best journalism in the country that advances the understanding of issues related to underserved people in society,” said Lindsay Walker, senior director of Development, Walter Cronkite School of Journalism and Mass Communication, when asked about the goal of the contest. “This prize seeks to recognize journalism that offers in-depth coverage of the issues affecting communities of color, immigrants and the LGBTQ+ population; tell stories that capture human experiences and build understanding among diverse people and communities; and explore and illuminate key public policy, legal, social, cultural or political issues regarding the treatment of marginalized communities and individuals.”

When asked how the organizers define “color” and underrepresented communities for purposes of submissions, she replied, “While we provide examples of such communities, we seek to allow journalists and their stories to illuminate the subjects and issues they are covering. In other words, the work can speak for itself, and we seek to be more inclusive — not less.”
The selection criteria? She said, “Judges evaluate the work based on four criteria: reporting quality, reporting depth, storytelling/narrative and impact potential.”

When asked how, if at all, the organizers distinguish between individual journalists and those working for large organizations and corporations she replied, “At this time, the contest does not make that distinction. Our aim is to let the work speak for itself.” When asked for the names, titles and affiliations of the judges who determine the winners and their photos she replied, “The judging panel for the 2022 contest is still being formed. The finalist judges in the professional category for 2021 included: Sharif Durhams Managing Editor of Raleigh News and Observer and Charlotte, Observer. (now with the Washington Post); Lee Edwards, digital based journalist with the Real Chi experimental newsroom in Chicago; Nora Lopez, managing editor of San Antonio Express, president of National Association of Hispanic Journalists   in the country. She became a U.S citizen in 2008; and Asha Saluja, formerly audio producer and manager of Slate podcasts; former host on Radio Free Brooklyn.”

According to the press release, in its inaugural year, the 2021 first place prize was awarded to Toluse Olorunnipa and Griff Witte, and the staff of The Washington Post, for their story, Born with Two Strikes: How systemic racism shaped Floyd’s life and hobbled his ambition, part of the series, George Floyd’s America. Lizzie Presser of ProPublica took second place with Tethered to the Machine about JaMarcus Crews, who tried to get a new kidney. Maria Perez of the Milwaukee Journal Sentinel received third place for The Long Way Home about migrant workers at a Wisconsin green bean plant dying of COVID-19. In the student category, the Cronkite School’s Howard Center for Investigative Journalism took the top prize for Little Victims Everywhere, a series examining child sexual abuse in Indian Country.