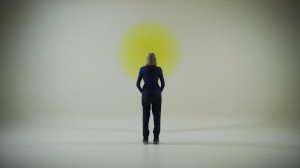 For serious art lovers California PBS station KCET will premier the eleventh season of Artbound at 9 p.m. P.T. Wednesday September 30. The hour long program featuring three artists and their work will focus on The Light and Space movement of a group of artists in California in the 1960s who explored minimalism with attention to the interaction of light and space. The materials the artists relied on to create their “perceptual experiences,” such as polyurethane, fiberglass and plastics, emerged from the postwar aerospace industry. The artists are Robert Irwin, Larry Bell, and Helen Pashgian. Primary production was December 2019 to February 2020. Scroll down to watch a video preview.

Artbound is an Emmy award-winning arts and culture series that examines the lives and works of arts of culture innovators, especially those making an impact in Southern California. The first episode will air again at 8 p.m. P.T. on Friday October 2 on PBS SoCal and at 10 p.m. E.T./P.T. Tuesday October 6 on Link TV (DirecTV channel 375 / Dish Network channel 9410). The episodes should also be available for online streaming following their initial broadcast on kcet.org/artbound, pbssocal.org/artbound and linktv.org/artbound as well as on Amazon, YouTube, Roku, Apple TV and the free PBS App.
Video