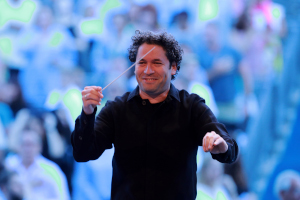 Gustavo Dudamel, host of the new series In Concert at the Hollywood Bowl

Southern California station KCET and the Los Angeles Philharmonic Association (LA Phil) will offer In Concert at the Hollywood Bowl, a six episode series of performances from the past 10 years. Hosted by Gustavo Dudamel, music and artistic director of the Philharmonic, the series will launch Wednesday, August 19, 2020 at 9 p.m. P.T. on KCET with Hecho in Mexico (Made in Mexico). It is scheduled to be broadcast on PBS stations around the country in early 2021, according to a press release. Scroll down to watch a video.