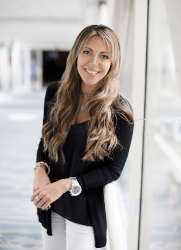 Despite accounting for less than 20 percent of the United States population, Hispanics accounted for 82 percent of the United States labor-force growth participation between the years 2010 and 2017. Gross Domestic Product (GDP) among Hispanics in America grew at a faster rate than the overall United States economy during this time, increasing from $1.7 trillion in 2010 to $2.3 trillion in 2017, according to the 2019 LDC U.S. Latino GDP Report by the California Lutheran University, making it the third-highest growth rate among all global economies during that period on a compounded annual basis. Some of the main influences powering this performance are Hispanics healthy growth in population, their increasing consumer spending and high labor-force participation. According to the report, the financial contribution of the Hispanic community in America will become progressively significant in the upcoming years of the country’s economy.