Mexico film festival hopes to draw many from US 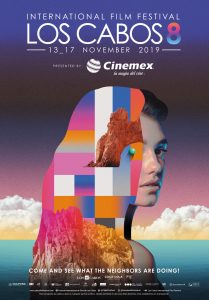 The organizers of the 2019 Los Cabos International Film Festival in Los Cabos, Baja California Sur, Mexico hope to draw more than 13,300 attendees, 30 percent of them from the United States, to their event to be held at the Cultural Pavilion in Cabo San Lucas November 13-17, 2019. Attendees are expected to be film industry executives from Mexico, United States, Canada, Europe, South America and Asia, including filmmakers, actors, producers, sales agents, film programmers, film critics, government and cultural authorities, as well as local and foreign film fans.

Some 42 films are expected to participate in the event. Los Cabos Arte y Cultura, the nonprofit organization behind the festival, is headed by Alfonso Pasquel Bárcenas, according to a spokesperson for an area property.

According to a press release the festival was founded in 2012 by Scott Cross, Sean Cross, Eduardo Sanchez-Navarro Redo, Alfonso Pasquel, Juan Gallardo Thurlow, Eduardo Sánchez-Navarro Rivera Torres, and Pablo Sanchez-Navarro. The annual event was created to foster exposure for the “Mexican film industry and it’s up and coming filmmakers.” A list of films and show times is available on the bilingual festival website, cabosfilmfestival.com