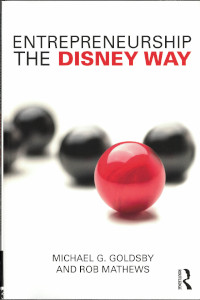 In Entrepreneurship the Disney Way (Routledge, $59.95) Michael Goldsby and Rob Mathews discuss their ideas about leadership and entrepreneurship modeled on the Disney company. They follow Disney’s rise from startup to media giant, highlighting how they believe the company’s leaders “carry on the legacy of Walt Disney’s mission and core values, enabling the company to continue growing and innovating.”

The 308-page softcover book published in 2019 is divided into seven chapters and two main parts: Walt Disney, Entrepreneur and Corporate Entrepreneurship at the Walt Disney Company.

“The book was written for a wide audience, but the two parts of the book target A) entrepreneurs and leaders, and B) owners, leaders, and managers of/ in mid-sized to large companies and other organizations,” Mathews said by email in response to a question about the primary target audience for the book.

When asked how long the project took from idea to publication he replied, “Mike and I developed a love for Disney Parks and Resorts in the last 15 years. We spent the last 10-12 years researching the company and specifically its parks and resorts. We started started talking about and planning a book about 10 years ago. The actual writing and editing process took about a year.”

Each chapter includes end notes and highlights Lessons, 30 in total. The first part of the book is dedicated to Walt Disney and his vision. The second part focuses on the transition from a family business to the company it is today. 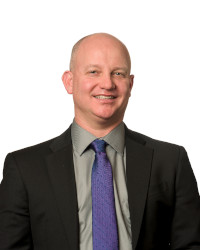 “Most jobs, businesses, and projects go well when they match your passion and psychological talents. Writing is no different,” Mathews said when asked why he and his co-author selected Disney as the model company for the book. “Mike and I had great knowledge of Disney as a business model, we had friends in the company, we love the company as a consumer, and we connected with the story of Walt’s vision, perseverance, and legacy that lives on today. I would also add that the way we approach our lives and business matches up with Disney very well. We value innovation, heritage, professionalism, intentionality, attention to detail, and great leadership. Disney is an exemplary model for those principles.”

In what ways does a mission developed in the 1920s remain relevant today? “Disney’s mission is timeless,” Mathews said. “It essentially hasn’t changed since Walt’s initial vision. The company’s overall mission–essentially to be the best in entertainment–and the parks and resorts mission–basically to create happiness–have more or less remained the same. Those missions are simple, inspiring, and easy to get behind as a leader, cast member, partner, or vendor. And the customer can feel and experience the Disney difference, as we like to call it.”

When asked to share examples of Disney entrepreneurship and innovation in the past three years he said, “Most of Disney’s recent innovations that come to mind have surfaced in the theme parks. Attractions like Tron Lightcycle Power Run in Shanghai Disneyland, Avatar Flight of Passage in Animal Kingdom, Slinky Dog Dash in Hollywood Studios, and Millennium Falcon: Smuggler’s Run are truly cutting edge. The parks and lands that house those attractions, Shaghai Disneyland, Toy Story Land, Star Wars: Galaxy’s Edge, Pandora – The World of Avatar, are breathtaking innovations that remove guests from the realities of their lives. Pandora literally looks like we saw it on the movie, and the Star Wars land makes you forget that you are in a theme park. Beyond attractions and theming, less noticeable, yet highly impactful system and process innovations, such as waste management at Magic Kingdom, the most visited theme park in the world, have changed the way Disney does business.”

When asked: The Millennial generation is said to be the most diverse generation yet. In what way does the model you propose take into account Millennials, diversity among workers and customers? he replied, “Our Entrepreneurial Leadership Instrument (ELI), like most assessment tools in my belief, bridge generational gaps and provide a common language for people. These tools demonstrate the value of each person, and empower people to be themselves. For a generation that was told to behave a certain way, think very specifically, and take orders, genuine and authentic use of such tools is extremely refreshing and encouraging. Millennials appreciate that kind of approach to leadership and team building. Good assessment tools also highlight the value and critical importance of cognitive diversity, along with building diverse teams. As for customers, the ELI points to the need to speak differently to different players. Not everyone will respond to marketing, mission, branding, brand promise, etc. the same, and companies need to know that and build appropriate strategies. The days of push marketing are largely over. It’s a lot like how good teachers make sure they are addressing the various learning styles in the classroom.

The Disney Company has done an excellent job of creating a very diverse culture that welcomes and provides opportunities for all people. Millennials like working at Disney because the mission is clear, positive, and constantly supported and reinforced. Millennials are very mission-centered, so Disney’s extreme emphasis on mission and investment in people in very attractive to them.” 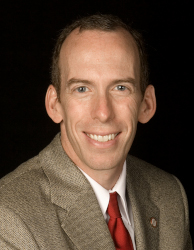 When asked about allegations of gender parity issues at Disney (see Underpaid and undervalued: 10 women claim systemic discrimination at Disney from September 18, 2019, The Guardian, theguardian.com/world/2019/sep/18/disney-lawsuit-gender-pay-gap-abc?), Mathews replied: “I can’t really speak to the media side of the company too much, as we don’t have contacts there, nor has it been our research focus. The Parks and Resorts division seems to treat all cast members extremely well, so it does not impact the concepts we shared in the book.”