Photos: UNC Center for Innovation and Sustainability in Local Media

Many people believe balanced journalism provides us a sense of belonging to the place where we live and reinforces our trust in democracy. In the last decade it has become clear that newspapers and print media in general have had difficulty adapting their revenue model to the digital era. New generations seek news on social media and online via what have become the top online publishers, at least the ones with the highest revenue, leaving traditional media floundering in the winds of change. As a result in the United States increasingly our communities are losing access to local news. Cities and areas without local dailies or weeklies or with ghost versions of their former publications have been called news deserts.

In The Expanding News Desert (University of North Carolina Press, $12) Penelope Muse Abernathy, Knight chair in Journalism and Digital Media Economics University of North Carolina at Chapel Hill, discusses news deserts nationwide. The 102-page softcover book published in 2018 is divided into two main sections: The Loss of Local News: What it Means for Communities; and The Enduring Legacy of the New Media Barons: How Private Equity and Hedge Funds Changed Newspapers.

Since 2004 the United States has lost about 1,800 papers, including 60 dailies and 1,700 weeklies and California leads the nation in loss of dailies, while New York, Illinois and Texas lost the most weeklies, according to the book. Equally impactful to the rise of news deserts is the loss of readers. In the past 15 years, the book says, readers dropped to 73 million from 122 million. At the same time loss of competition has resulted in less coverage of local and state news, which studies have found often results in government inefficiency and increased costs, the book points out. 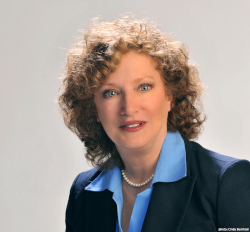 A troubling trend is the purchase of newspapers by investment companies who as a result become large and powerful controllers of news at a national scale. Their cost cutting and profit enhancing measures often have resulted in “ghost” papers, publications with too few resources to adequately cover their markets. The largest 25 companies of this ilk own 2, 198 papers. The largest of them is New Media/Gate House with 451 papers and a total circulation of 4.4 million. Others include Gannett with 216 papers, Digital First Media with 158, Adams Publishing Group with 144 and Community Newspaper Holdings, Inc. (CNHI) with 114.

The analysis in the book is based on information collected by the School of Media and Journalism at the University of North Carolina at Chapel Hill in the four years prior to the publication of the book. The researchers examined the status of more than 9,000 publications from data sourced from press association and governments as well as independent online research. It excludes the largest newspapers such as The New York Times, Wall Street Journal and USA Today as well as specialty publications. The book author invites readers to its partner website for local level specifics regarding news deserts.