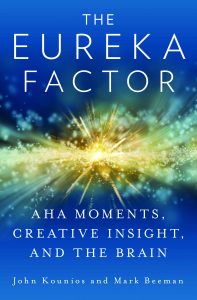 There are two types of thinking, procedural and insightful, each one with its own characteristics. So say Mark Beeman, Ph.D. and John Kounios, Ph.D., psychology professors who have researched human thinking processes for more than a decade, in The Eureka Factor Aha Moments, Creative Insight and The Brain (Random House, $28).

In the 274-page hardcover book, published in 2015 and divided into 14 chapters, they outline their findings and theories about both, focusing on creative or insightful thinking. To study the brain under controlled circumstances (in the lab) the authors relied in part on remote associates problems, which may be solved using either type of thinking. Publishing their book took five years.

“The target audience is everybody,” said Kounios by email when asked about the primary target audience for the book (although Beeman replied to emails he was unavailable to answer questions for this note for personal reasons). “People in business, the arts, education, the military, etc., are all interested in creativity and its enhancement. So we tried to make the book accessible and inspirational. We also tried to make is useful for psychologists and neuroscientists by including references and technical explanations in the endnotes.”

Your mood affects your thinking; watch a feel good movie and you might stimulate your creative side, the authors say. But, on the other hand, you can’t remain on a constant loop of creative thinking. Watch the news or a horror movie to change your mood and your style of thinking too, they explain.

If someone is working on a problem, is it accurate to assume that relaxing and being in a good mood is likely to prompt insightful thinking? “Yes, this is one of those indirect ways of facilitating insights,” Kounios said. “When you are in a positive mood and relaxed, this literally expands the scope of thought to allow you to consider remote associations – crazy, long-shot ideas – that are the stuff of creativity. But when you are anxious, you have mental tunnel vision. You focus on the immediate, straightforward, and obvious. That facilitates deliberate, analytical, Type-2 thinking, but it squashes creative insight.”

Why do the types of thinking matter? Because many of us seek to control or at least learn how to stimulate our creative abilities in order to be inventive and think out of the box at work being aware of the factors that influence our style of thinking is a first type in that direction, the authors say. They point out that your surroundings also matter. Outdoor colors such as blue and green are helpful to promote insightful thinking, but red has the opposite effect.

When asked if mental training works Kounios replied, “When you ask if mental training works, I assume that you mean does it work to increase creativity. The answer is yes and no. Mental training can teach you strategies that you can use to come up with creative solutions to problems. But these strategies probably won’t make you a creative person. Cognitive psychologists distinguish between two types of thinking. Type 1 thinking is unconscious and associative. You can’t easily affect it. Type 2 thinking is conscious, deliberate, and methodical. You can be trained to learn Type-2 mental strategies, but you can’t learn Type-1 strategies because there aren’t any. Your unconscious mind doesn’t care about your strategies, deadlines, etc. It does its own thing. Aha moments, what psychologists call “insights,” are unconscious creative processes that suddenly burst into awareness. So, insights are the product of Type-1 thinking that can’t be directly influenced. However, you can sometimes use Type-2 strategies to come up with ideas. The limitation with Type-2 strategies is that they only work when you deliberately use them. When you aren’t deliberately using them, they don’t work. However, you can have a Type-1 insight anytime and anywhere, for example, while daydreaming in the shower. And these aha moments sometimes give you the answer to a problem that you didn’t even know that you had, a problem that you weren’t previously aware of. Training won’t teach you to have such aha moments, but there are indirect ways to influence your unconscious mind to have more of them.” 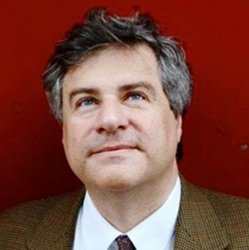 “The best way is to unleash unconscious, Type-1 thinking,” Kounios said when asked what is the best way to increase creative thinking. “This is involves expanding attention and the scope of thought. To do this, get yourself in a positive mood, be in a large physical space that will allow your attention to expand such as a large room with high ceilings or outdoors; isolate yourself from demands (i.e., be alone and turn off your phone) and things that grab your attention because those your scope of thought; and get lots of sleep because during sleep the brain purges useless information and enhances potentially useful details and associations. Of course, sleep also improves your mood. The important point is to allocate blocks of time in which you are alone, relaxed, expansive, and in a good mood. Then pick a topic and let your ideas flow freely without forcing them into particular directions. This is how many great ideas occur.”

Kounios is in the early stages of a new title that looks at creativity from a broad perspective and features new research. Since The Eureka Factor was published there have been new findings.

When asked about them the author said, “Yes, several new findings which will be published in the coming months. I’ll mention just one that was recently published. We looked at peoples’ solutions to four different types of puzzles. For all of these puzzle types, when people offer a solution that they say that they got by a sudden insight, it is more likely to be correct compared to solutions that they say they derived methodically and analytically. It seems that when a person is thinking analytically, they tend to get sloppy or rush or not check their thinking, so they make mistakes. But the unconscious thinking that results in insights can’t be rushed – it occurs in its own time and yields an answer when it is complete. This means that it is more likely to be correct. That’s why genuine aha moments – ideas that suddenly pop into awareness and seem striking and obvious – are more likely to be correct than ideas that are the product of deliberate, logical thought.” 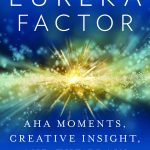