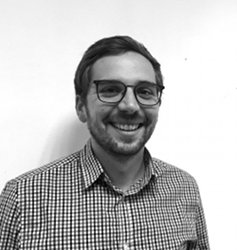 “The web application Prototypo allows graphic designers and type lovers to create unique fonts in a few clicks,” Yann Guillet, marketing director, said by email when asked about the company. “This innovative approach to type design offers users the opportunity to create stronger visual identities thanks to original and exclusive fonts.”

Prototypo employs seven and is available to domestic and international users. A free version of the software offers a limited parameter range and no font export capability. Subscribers pay $15 a month ($1 for the first month) or $99 for an annual plan. According to Guillet, the company has 25,000 users in 130 countries.

“We’ve got three parametric font templates on the application: Prototypo Fell, Prototypo Grotesk and Prototypo Elzevir,” he said. “We’ll add four more by the end of the year (a new one will be out in two weeks). Our users come from over 130 countries, most of them from USA, France, UK, Germany, Spain and Brazil.”

According to their website, their software is compatible with Chrome, Firefox and Opera. It does not support cursive font templates.