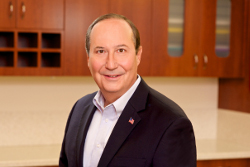 A podcast interview with Adrian LaTrace, CEO, Boyd Industries, is available in the Podcast Section of Hispanic Marketing & Public Relations, HispanicMPR.com. During the podcast, he discusses transforming a small business to meet evolving market demands with Elena del Valle, host of the HispanicMPR.com podcast.

Adrian arrived at Boyd Industries with more than 25 years of leadership in companies ranging from start-ups to large public corporations in the healthcare, renewable energy, and aerospace industries. He relies on his experience in developing high-performance organizations to support Boyd’s goals and provide leadership for the dental equipment needs of the future.

To listen to the interview, scroll down until you see “Podcast” on the right hand side, then select “HMPR Adrian LaTrace” and click on the play button below or download the MP3 file to your iPod or MP3 player to listen on the go, in your car or at home from the RSS feed. Some software will not allow flash, which may be necessary for the play button and podcast player. If that is your case, you will need to download the file to play it. To download it, click on the arrow of the recording you wish to copy and save it to disk. The podcast will remain listed in the January 2017 section of the podcast archive. 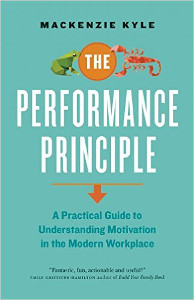 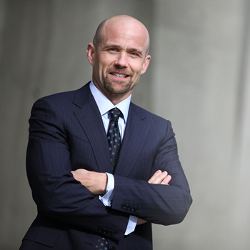 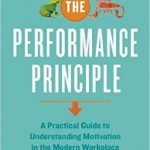 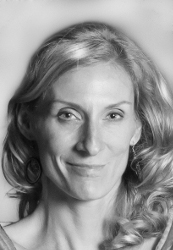 A podcast interview with filmmaker Eliza Kubarska is available in the Podcast Section of Hispanic Marketing &amp; Public Relations, HispanicMPR.com. During the podcast, she discusses her film Walking on Water about the Badjao people in Borneo (available on the World Channel website:http://worldchannel.org/programs/episode/dw-s1-111-walking-under-water/) with Elena del Valle, host of the HispanicMPR.com podcast.

Eliza, a Polish alpinist and traveler, specializes in adventure film making and extreme location work. In 2007, she set up her own film company Vertical Vision Film Studio, where she produced her first multi-awarded feature documentary, What Happened on Pam Island, also known as Mountain Love Story. In 2014, Walking Under Water, her next documentary was awarded Hot Docs Jury Prize and John Schlesinger Award at Palm Springs Film Festival.

In her newest film K2 – Touching the Sky, Eliza, together with an international group of grown-up children of acclaimed mountain climbers, sets out on an expedition to reach K2 base camp, the burial place for those who lost their lives on K2 in the summer of 1986.

To listen to the interview, scroll down until you see “Podcast” on the right hand side, then select “HMPR Eliza Kubarska” and click on the play button below or download the MP3 file to your iPod or MP3 player to listen on the go, in your car or at home from the RSS feed. Some software will not allow flash, which may be necessary for the play button and podcast player. If that is your case, you will need to download the file to play it. To download it, click on the arrow of the recording you wish to copy and save it to disk. The podcast will remain listed in the January 2017 section of the podcast archive.

Positioning the Trump Brand for Victory

What We Can Learn
By Jay Gronlund,
President, The Pathfinder Group

Without doubt, Donald Trump’s election victory was a shock to most people, especially pollsters, the news media and those living in urban centers across the country. In some ways, it was a contest of character between the two most unfavorably perceived presidential candidates in history. However, from a branding perspective, the compelling reasons behind each vote was more about what each candidate stood for. And this is what branding is all about – making promises that resonate with people’s intense emotional desires, to connect with them.