The US Hispanic Market, A Viable Acquisition Strategy in a Recovering Economy 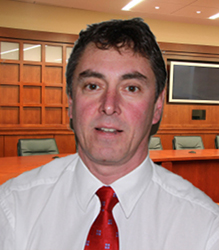 The “Great Recession” has had an impact on us all in one way or another and with businesses across all industries struggling in the face of an economic climate not seen since the Great Depression, what better way to grow your business than tap into a market of 50.5 million people, with a purchasing power of more than one trillion dollars right at your own back door! A great majority of businesses however, appear to be overlooking the US Hispanic market with few companies proactively targeting this segment of the market in a strategic and culturally appropriate manner.

I can hear you saying, there is no denying the population growth of this segment of the market, but hasn’t the US Hispanic market been impacted just as much, if not more, than the general market by recessionary forces? It’s true that Hispanics were proportionally significant employees in those industries hardest hit by the recession, and that the Hispanic unemployment rate has been running higher than the nation’s overall rate, (Table 1).

Click to read the entire The US Hispanic Market, A Viable Acquisition Strategy in a Recovering Economy