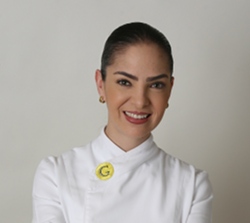 Vme boasts about its Spanish language cooking block in Vme Cocina which accounts for 5 percent of its overall programming. Earlier this month Vme announced a new schedule starting at 12:30 p.m. Features in the daily two hour block Sunday to Friday showcase the knowledge and styles of chefs from varied countries including Colombia, Mexico, Spain and Venezuela. Vme hosts the block of programs call Vme Cocina and produces the interstitials. The programs within the block, 12 hours per week, come from its production partners, elgourment.com, Scripts and Localia. 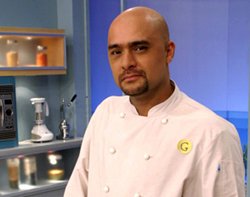 Cocinando con Fernando Canales is hosted by Fernando Canales, a restaurateur from Bilbao. During the program, he presents his best recipes and practical tricks to help home cooks; shares advice on buying the best groceries and provides dietary and nutrition tips, and recipes for children.

In Gourmet Light, Enrique Fleischmann, a Mexican chef, offers ideas for healthy, delicious dishes with an eye on the waist line. For chocolate lovers there is El Cacao hosted by Mexican José Ramón Castillo.

Vme, the first venture of the media production and distribution company, Vme Media Inc., is available free over-the-air, on basic digital cable, nationally via satellite in the basic and Hispanic packages of Dish Network and DirecTV and, in some areas, on Verizon FiOS and AT&T U-verse.