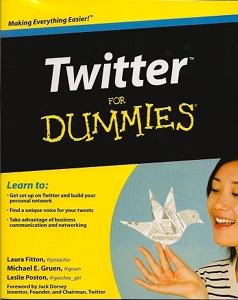 Twitter For Dummies starts out with a foreword from Jack Dorsey, founder and chairman of Twitter, and a Cheat Sheet with do’s and don’ts, access points and shorthand commands. Dorsey mentions that Twitter is based on three concepts: “minimize thinking around communication, expose trends in local and global circles, and spark interaction.” The book is divided into five parts of between three and four chapters each: Twitter? Like Birds Do?, Joining Your Flock on Twitter, Twittering in High Gear, Knowing Why We Twitter, and The Part of Tens.

Fitton is a business consultant, blogger and Twitter fan with a following of more than 32,000 when the book was published. Gruen is a business adviser and chief financial officer and chief operating officer of Nom, a digital strategy agency. He is also the chief executive officer of a healtcare startup. Poston dedicates her time to social networking, new media, branding and business development. She has more than 200 books to her credit. 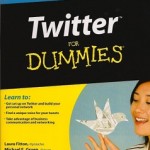