Make the world a better place for you and your family 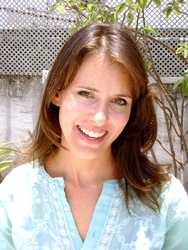 Arthur Levine and I recently wrote a book called Unequal Fortunes: Snapshots from the South Bronx (see Fellowship foundation leader, assistant examine challenges faced by South Bronx youth). It focuses on three Latino teenagers coming of age in one of the poorest neighborhoods in the nation. For ten years Carlos, Leo, and Juan Carlos shared their worlds with us. It was a scary place where kids went to more funerals than graduation parties. Drug dealers were on every corner and gangs ruled the streets. Kids were forced to go to local schools with inadequate resources, under-qualified teachers, and a high staff turnover rate. The outcome was not surprising: half of the children in the neighborhood would never graduate from high school. By 16 years old, Carlos, Leo and Juan Carlos could count on one hand the number of friends who graduated from high school. Their other friends were either working minimum-wage jobs, unemployed, in jail, or dead. 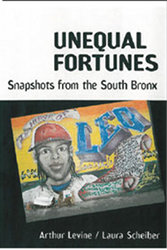 Arthur Levine has a post doctorate degree and heads the Woodrow Wilson National Fellowship Foundation. Forty years ago he grew up in the Bronx in New York City. In Unequal Fortunes Snapshots from the South Bronx (Teachers College Press, $24.95) Levine and Laura Scheiber, his research assistant,  set out to look at the obstacles and opportunities for young people in tough neighborhoods like the South Bronx. In the 170-page softcover book published this summer they discuss the role of drugs, crime, violence and poor schools in the former educator’s neighborhood.

As part of the decade long project they revisited the South Bronx and compared his life in the 1960s with that of a group of Latino teenagers in the same neighborhood today. Among the questions they pondered are whether low income urban schools are as bad as some think; what life is like for disadvantaged children growing up in low income neighborhoods; and why people living on the same block 40 years apart have such unequal chances in life. The book is divided into three main sections: Arthur’s Story, Leo’s Story and What Changed?

Leonel Disla, one of the young men in the group they examined, died a violent death at the hands of the police. The authors examine what happened to the young man and explore the ways in which today’s society may have failed him. As part of their process they share information with readers about the youth’s family and friends as well as what they believe were his hopes and fears. Along the way they look at the devastating effects of poverty and racism like low-wage, dead-end jobs, inadequate housing, high crime rates, substandard schools, violence, drugs, a broken legal system, prison, and funerals of the underaged.

In Unequal Fortunes, the authors explore what they believe is the role of communities in shaping the destiny of young people and what they think could be done to ensure that more young people from low-income, high-crime communities can succeed in school, college, and life. At the same time, they struggle to explain why the lives of the two people were so dramatically different.

According to the book’s Prologue, the authors believe over time the prospect of the American Dream has diminished for many, especially the poor. They are convinced that although education is the best way out of poverty in America today youth in impoverished neighborhoods must overcome many difficult barriers on their way to reaching the American Dream. 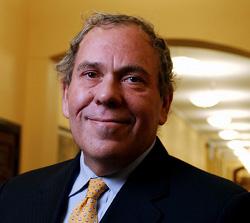 Levine is president emeritus of Teachers College, Columbia University. He also previously served as a faculty member and chair of the Institute for Educational Management at the Harvard Graduate School of Education (1989-1994), president of Bradford College (1982-89), and senior fellow at the Carnegie Foundation for the Advancement of Teaching and Carnegie Council on Policy Studies in Higher Education (1975-82). Scheiber is a Ph.D. candidate in Comparative and International Education at Teachers College, Columbia University 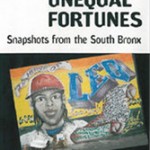