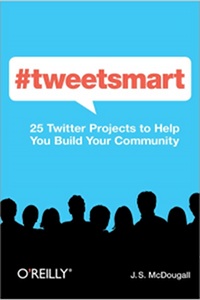 As social media fever continues nationwide figuring out how to participate in social media channels may be rising on the list of priorities of marketing departments. Twitter, one of the fastest growing social media sites, has become increasingly popular in business circles. Although many believe Twitter is not to be used for self promotion users write about their products and services all the time.

For example, the Swedish Institute and Visit Sweden, the government tourist agency, on the advice of a Volontaire, an advertising company, has recruited a different volunteer to be interesting, Twitter-literate and post in English each week. They have been the voice of the nation of nine million; and ranged from a high school student in Trollhattan, a town in western Sweden, to a 60 year old. Following the Swedish lead similar projects in Ireland, New Zealand and the city of Leeds in England are sprouting. (see Swedes’ Twitter Voice: Anyone, Saying (Blush) Almost Anything in The New York Times).

“The first tendency of most marketing teams is to transplant old strategies onto this new technology, which can be fatal,” said Jesse McDougall, a programer and web strategist from Vermont. “Would-be marketers on Twitter can do more harm than good in a very short amount of time. This new approach to marketing—one based in discovery instead of interruption—is only going to grow in popularity in the coming years.”

In #tweetsmart 25 Twitter Projects to Help You Build Your Community (O’Reilly, $19.99), an 85-page softcover book published this year, McDougall, discusses Twitter as a platform to connect with interested, influential people. He explores, in 25 short chapters, ways to meet and connect with others to build a community in ways that “are strategic, measurable and fun.” He shares several contest and promotional ideas, and discusses hashtag use, doing market research by inviting Twitter followers to share input, adlib, Haiku, discussion groups, Tweet Bombs, and photo sharing.

McDougall, who has 12 years of experience as a web designer, programmer, and web strategist, is author of eight books about conducting business on the web. 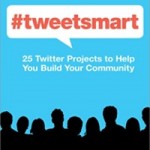