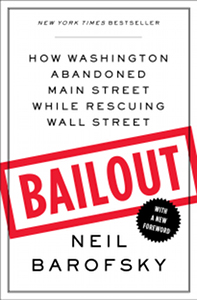 Neil Barofsky was assistant U.S. Attorney for the Southern District of New York when he was called to serve his country. From December 2008 to March 2011 he was special inspector general in charge of oversight of the Troubled Asset Relief Program (TARP) under the Bush and Obama administrations. It was his job to oversee the program against fraud and abuse in the spending of $700 billion allocated to the national bank rescue.

In Bailout How Washington Abandoned Main Street While Rescuing Wall Street (Free Press, $16), a bestseller he spent 27 months living and four months writing, he describes his experience and explains why he became disillusioned with the system and the mishandling of billions in public money by representatives of both political parties. The paperback edition was published last month with a new Foreword in which he outlines a number of banking scandals that have come to light following the original publication of the book. He mentions the London InterBank Offered Rate (LIBOR), the accusations that HSBC was involved in transactions with terrorist and narcotics, the accusations that Wells Fargo and Bank of America defrauded the government, and scandals in which JPMorgan Chase, Deutsche Bank, and Credit Suisse were named. 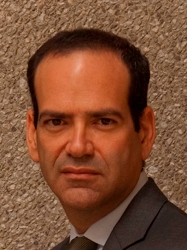 The 272-page book is divided into twelve chapters: Fraud 101; Hank Wants to Make It Work; The Lapdog, the Watchdog and the Junkyard Dog; I Won’t Lie for You; Drinking the Wall Street Kool-Aid; The Worst Thing That Happens, We Go Back; By Wall Street for Wall Street; Foaming the Runway; the Audacity of Math; The Essential $7,700 Kitchen Assistant; Treasury’s Backseat Driver; and Happy Endings.

In the book, Barofsky discusses the debacle that resulted in only $1.4 billion out of $50 billion in bailout money designated to rescue homeowners reaching intended people; how the interests of powerful people and companies ultimately won repeatedly over the interests of taxpayers; the fraud, obstruction, deceit and immoral spending of public monies to favor Washington and Wall Street parties; the government’s unwillingness to reign in the offenders and hold them accountable; and the criminal justice system’s inability to address the problems that plague the system.

The author, now senior fellow at New York University School of Law, explains in the Afterword that his anger at the injustices in the system drove him to write the book. He goes on to say that Americans should lose faith in their government, deplore the politicians and regulators that allowed taxpayer dollars to go to the banks with no accounting for how they were spent, and be revolted by a financial system that rewards failure and protects the fortunes of the wrongdoers. He hopes that the rage of Americans drives reform and rips the system away from the “corrupting grasp of the megabanks.”