Americans’ thirst for online videos seems unquenchable (also see Americans are viewing online videos in record numbers). Last December, 178 million Americans watched 33.2 billion videos online, and Google was by far the main player in that space, according to information released earlier this month by the comScore Video Metrix service. ComScore is a Virginia based company specializing in digital media usage measurement. Most people connected to the Internet, 86.5 percent, watched videos with an average duration of four minutes.

Google sites visitors watched 13.2 billion videos and YouTube.com accounted for almost 99 percent of all videos viewed there. For the first time Hulu (NBC Universal, News Corporation and The Walt Disney Company share in the ownership stake of the company and are content providers) surpassed one billion monthly video streams or 3 percent of the market. Other significant players in the online video space included Microsoft sites, in third place, with 561 million or 1.7 percent; Fox Interactive Media with 551 million also 1.7 percent and Yahoo! sites with 539 million or 1.6 percent. 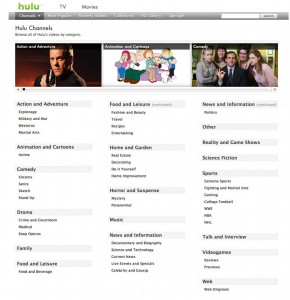 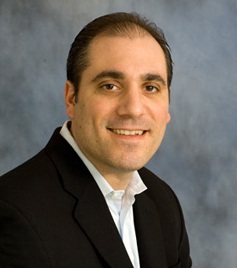 “With our Acudeo technology tightly integrated within the player-environment across all of the sites in our in-stream network, Tremor Media is able to continually introduce new and innovative ad formats that can be reliably delivered at scale. These new formats benefit the entire video value chain – from advertisers to publishers to the end consumer – by putting the viewer in control, enhancing engagement, and making video advertising more effective for brands,” said Jason Glickman, chief executive officer, Tremor Media in a press release.

Things must be going well in the online video ad business. Tremor announced six new ad formats last month: Pre-Roll Plus Overlay, a clickable overlay that appears over the publisher’s content following a standard pre-roll; vChoice Select, allows the user to choose which video ad to watch before it’s delivered; vChoice Rotator, rotates multiple brand videos in a single unit, allowing advertisers with multiple video assets to offer fewer options as thumbnails within the vChoice menu, and rotate the options each time an impression is served to the same user; Data Feed, dynamically populates brand or location specific data within the ad unit automatically or via user input such as a zip code; Sequencer, offers a different creative for every sequential impression delivered; and In-Stream Live, a live video feed within the ad.

Very little information seemed to be available about online video ads targeting or viewed by Hispanics. No ethnic breakdown was included in the comScore data and none of the three ad leaders mentioned Latino ad campaigns specifically in their promotional materials online.