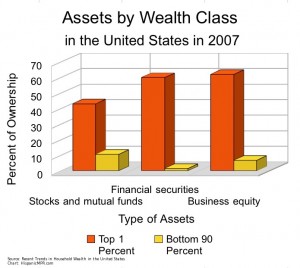 While many consider 2010 an improvement over 2009 and some are optimistic about 2011 few can dispute the lingering effects of the recession on Americans. Although there are signs the economy is improving the number of unemployed nationally is alarming. And we are not alone. Beyond the United States the economic downturn has affected many countries which also exhibit sluggish growth and disappointing employment numbers, in many cases with far higher percentages than those in the United States.

According to a United Nations report (see Further sharp increases in global food prices ‘likely’, UN.org) the price of food is increasing around the globe. Recently an industry expert predicted that due to increasing demand and limited supply the price of gasoline may reach $5 per gallon as soon as 2012. Some point out that these are the normal ways in which artificially inflated economies right themselves, part of a normal cycle with highs and lows. In short, nothing to worry about in the long term.

Yet other data such as the increasingly alarming debt ratios of developed countries including the United States and many Western European countries (see Debt to growth ratios and their impact on business), and an abundance of developed countries with aging population demographics could signal that there is more to the situation that a cursory look might reveal.

If we step back and look at the changes over decades (see Income Inequality: Too Big to Ignore, The New York Times October 16, 2010) the picture that emerges is interesting. During the thirty years that followed World War II, the income of Americans grew 3 percent a year across income levels, fomenting a healthy middle class, well developed infrastructure and growing optimism.

In light of the recent economic downturn fewer voters are willing to support basic updates to infrastructure and public services leaving the country with troubled roads and bridges, a weak rail system, and poor safety standards such as cargo containers that enter our ports without scrutiny and dams in danger of collapsing.

During the past three decades economic growth has slowed, our infrastructure has fallen into disrepair and income growth is evident mostly among the highest percent of earners. For example, in 1976, the share of total income for the top 1 percent of earners was 8.9 percent; by 2007 it had reached 23.5 percent. During that same period the rest of the population’s average hourly wages, once adjusted for inflation, decreased by more than 7 percent. In summary, according to those statistics the ultra wealthy are becoming wealthier and everyone else is becoming less affluent.

An example of that are billionaires Warren Buffet and Bill Gates who have decided they are so exceedingly wealthy that they want to share their fortunes with humanity, making a commitment to distribute part of their wealth while they are alive. Recently they recruited other individuals to participate in the project, including Mark Zuckerberg the much talked founder of Facebook who although he is only 26 is wealthy enough to make the cut.

So what do these changes mean for businesses and business people? While only time will tell for sure in the short term it would appear that it is a good time to begin or continue marketing to the very wealthy; emphasizing products that represent good value for money to middle class and wealthy consumers and budget products to just about everyone except those at the very top of the income earners and asset holders.